Chefclub makes FAST move in the US with Pluto TV 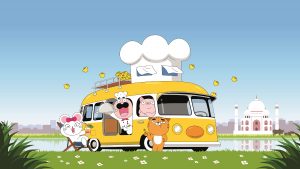 Food-themed content provider Chefclub has struck a deal to launch a FAST offering with free streaming television service Pluto TV in the US and Latin America, home to 40 million of Chefclub’s global subscribers.

Chefclub will bring over a hundred episodes of cookery content to Pluto TV in both Spanish and English. starting with the launch of Chefclub Kids content in the US on Pluto TV’s Find Out Why channel.

The Chefclub content will stream on the Find Out Why offering as well as Pluto TV’s Grande-ish channel. Chefclub will also bring content to Pluto TV’s Foodies channel in the US and Pluto TV Kids in Latin America.

Chefclub’s agreement with Pluto TV follows its initial launch of a FAST channel in France and Switzerland with Samsung TV in December. The French outfit has hitherto focused on providing content via its own digital channels.

“Culinary entertainment transcends cultures and languages. We are thrilled to be bringing Chefclub content to Pluto TV where audiences can learn new recipes, families can come together to share their passion for cooking, and viewers can enjoy entertainment as unifying as food on Pluto TV all for free,” said Amy Kuessner, SVP content strategy an global partnerships at Paramount Streaming

Marie-Laure Marchand, SVP global consumer products and business development, Chefclub, said, “We are very excited that Chefclub will make its streaming debut in the US with a leading platform like Pluto TV. With half of our followers in the US, this is a phenomenal way to better serve our American fans and engage new ones, and is part of ambitious plans to dramatically expand the way we can engage with cooking enthusiasts everywhere.”