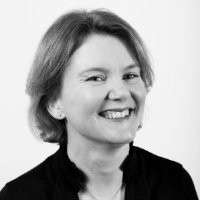 Dick has been appointed to the Arqiva executive committee, reporting to CEO Paul Donovan, to head the legal function and as company secretary to the Board.

Dick began her career working for law firms in Australia, as well as in-house counsel for AAPT, the Australian telecommunications, mobile, internal and satellite company. She then held several roles in the communications, media and broadcasting sectors in the UK.

She has most recently has been interim general counsel for Anzo, a digital gaming, sports and media business, and prior to that worked as general counsel for the Vice Media Group, where she was responsible for the legal function in Europe, the Middle East and Asia.

Previously, she worked as director of legal for Virgin Media; as head of legal at UKTV; and as general counsel at UK Broadband.

Donovan said: “Katrina is a great addition to our business, with a depth of experience and a broad understanding of our industry that will be incredibly valuable. It was clear when we first spoke that she understands our purpose of enabling a switched-on world to flow, and I look forward to welcoming her to the team.”

Dick said: “Arqiva is a name I am very familiar with from my previous roles, and it’s a real pleasure to be able to bring my knowledge and experience to bear as the new Chief Legal Officer. I’m excited to meet the wider team and to get out and about to understand even more about this business, which is so crucial to so many customers across the broadcast and utilities sectors.”