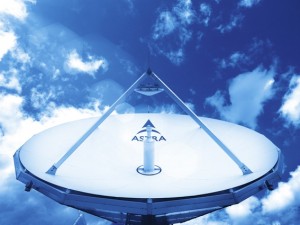 Satellite operator SES drew on growth in satellite video in emerging markets to grow its total homes reached by five million last year, to end 2021 with a reach of 366 million homes worldwide, according to its latest annual Satellite Monitors report.

The growth was primarily attributable to Africa, where SES saw its reach rise by 9.1 million, powered in part by Ethiopia, followed by Latin America, which saw an increase of 1.7 million, and APAC, where the number of homes reachable rose by one million.

SES saw its reach in North America decline by six million homes, an indicator of the continued momentum behind cord-cutting in the US market and a shift in consumption to online streaming.

In Africa, SES said that TV penetration had risen by 27% in the last five years, with satellite remaining the main transmission technology.

“For almost three decades we have been publishing the Satellite Monitor market research on a yearly basis, enabling our video customers from all over the world to leverage the impartial data to make informed decisions about their business. These additional insights, combined with our premium fleet of satellites’ ability to deliver content in the most cost-effective way to the widest possible audiences, demonstrate why leading broadcasters continue to extend and expand their partnerships with us. This underscores the solidity of our video business for the years to come,” said Deepak Mathur, Executive Vice President of Global Video Sales at SES.