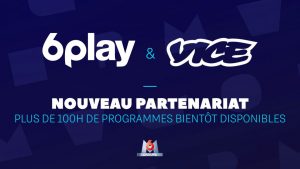 France’s M6 has struck a deal with Vice Media to include the latter’s content on its 6play AVOD offering.

Vice’s international distribution arm will provide over 100 hours of content for the platform, which targets the 15-34 age group.

Titles provided by the programmer include a number of francophone offerings such as Thérapie, a series of celebrity interviews by psychoanalyst Fernando de Amorim, hair salon documentary Real par Soul Sisters, and chef Romauld Royer’s take on street pizza, Au camion, as well as international shows  Dark Side of the 90s, Rise Up, The Story Of, Gaycation, The Trixie and Katya Show and What Would Diplo Do?.

“We are delighted with this new partnership which marks a new stage in the development of a reference AVOD service for France. 6play already offers, free to users, complete series, moves exclusives and exclusive live event coverage. Welcoming to Vice on 6play is an opportunity to enable our millions of users to discover differentiated, engaging and passionate content,” said Frédéric de Vincelles, director-general of programming in charge of digital platforms at 6play.

“Vice produces and distributes premium content that resonates with young people across the world. We are delighted that our content, in all its diversity, can touch a new public thanks to 6play,” said Bea Hegedus, global distribution director at Vice Media.