Nordic Entertainment’s (NENT Group) Viaplay streaming service is to be be the live streaming home of all kickboxing and mixed martial arts (MMA) events from the Netherlands’ Enfusion and of Invicta FC, the world’s largest all-female MMA promotion. 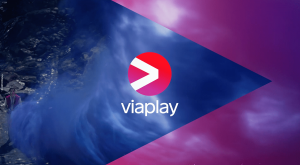 Viaplay has secured rights to Enfusion and Invicta FC events for multiple European markets for the next three years. Viewers will be able to follow over 40 shows from these two series.

Viaplay’s next live Invicta FC broadcast will be on May 11 with Invicta FC 47 from Kansas City, one of 16 events to be shown in all Nordic and Baltic countries, Poland and the Netherlands.

Edwin van Os, CEO, Enfusion, said: “This landmark deal with one of Europe’s biggest entertainment providers is a win for the fans. It will make Enfusion visible across Northern Europe on Viaplay and provides a fantastic opportunity to engage new and growing audiences in the sport and the fighters. This can only deliver numerous promotional benefits for combat sports.”

Peter Nørrelund, NENT Group chief sports officer, said: “Viaplay offers fight fans exceptional coverage of the most exciting promotions on the planet – all on a single world-class service. Enfusion is growing fast and will be a thrilling addition to our offering in the Netherlands and four further European markets. We’re equally delighted to show Invicta FC, which is playing a key role in enabling talented female fighters to compete on a consistent basis, in 10 countries.”