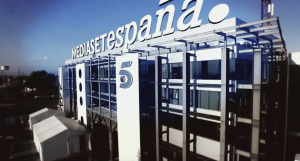 MediaForEurope (MFE), the Dutch-based broadcast and media outfit formerly known as Mediaset, has launched a public bid for the 44% of Mediaset España that it does not already own.

MFE is offering €5.613 per share in the form of €1.86 in cash and 4.5 ordinary A shares in the parent company, giving Mediaset España a value of €778.9 million. The total represents a premium of around 12% on the closing share price on Friday.

The premium on the average share price over the last three months is higher at around 30.1%, reflecting the impact of the Spanish company’s share buyback programme and strong full-year results.

The tender has set a minimum threshold of securing 90% of Mediaset España shares to be successful.

Analysts at Berenberg said that the proposed transaction is essentially the same as one laid out in the summer of 2019, but which was scotched after legal action by Vivendi, then in a state of continuous conflict with Mediaset on multiple fronts.

On MFE’s simultaneous move to up its stake in ProSiebenSat.1 above the 25% threshold, Berenberg said that “while it is clear to us that the German broadcaster is on MFE’s shopping list, we do not expect a bid any time soon”.

The analysts said they believed that “MFE will want to demonstrate the validity of its plan, and its ability to extract synergies, before approaching the German company, whose management has in any case been generally resistant to the idea of this pan-European combination”.