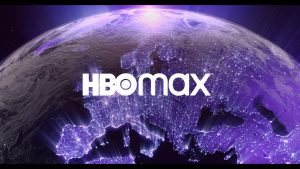 Service providers including Vodafone that are active in territories where HBO Max launched this week are replacing existing HBO services with the new streamer.

Vodafone said the service would be available through a number of packages across the four countries.

t he arrival of HBO Max in Portugal, Hungary, Romania and the Czech Republic follows its launch in October last year on the Vodafone TV platform in Spain.

Vodafone TV subscribers will be able to enjoy advanced features, including the ability to customise up to five HBO Max user profiles per household, up to three simultaneous streams, and downloadable content to watch offline.

Alex Froment-Curtil, chief commercial officer of Vodafone Group, said: “As one of the largest television operators in Europe, Vodafone has made provision of the best available content with the highest quality viewer experience the central pillars of the Vodafone TV strategy. With television shifting away from linear viewing, Vodafone has set about aggregating the best content available for our customers. The addition of HBO Max will underline that strategy with its rich entertainment choice and an incredible user experience providing access.”

Meanwhile, in Romania, RCS&RDS/Digi has said all customers with an active HBO or MaxPak extra subscription will receive HBO Max at no extra cost.