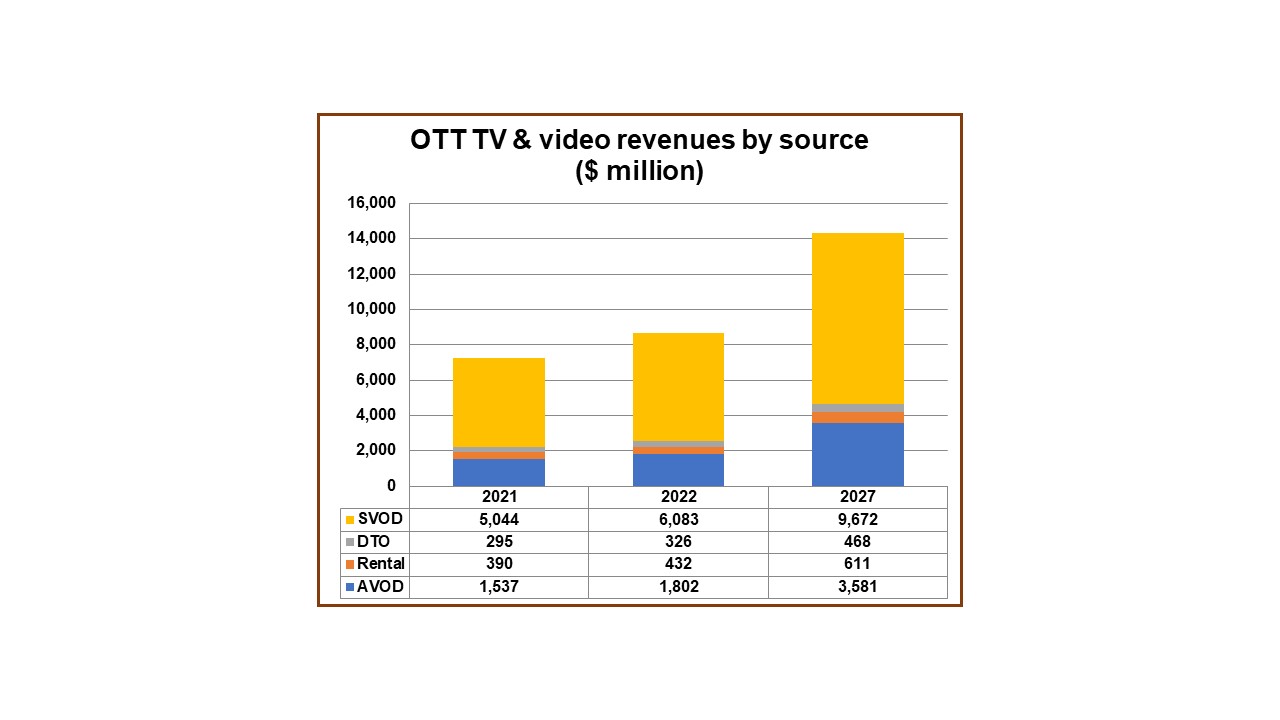 OTT revenues in Latin America are set to double over the coming years.

According to Digital TV Research, OTT TV episode and movie revenues for 19 Latin American countries will double to US$14 billion in 2027.

The growth in OTT flies in the face of largely poor economic conditions in most countries in the region, with companies such as Netflix and Disney adjusting their prices from market to market.

These operators, along with a handful of other US platforms will dominate the LATAM market over the next five years. Netflix, Amazon Prime Video, Disney+, Star+, Paramount+, Apple TV+ and HBO Max will account for 90% of the region’s 145 million paying SVOD subscriptions by end-2027, the report says.

Simon Murray, principal analyst at Digital TV Research, said: “Latin America is usually the first stop in international expansion for the US-based SVOD platforms. How platforms adapt in the region acts as a template for further global expansion.”