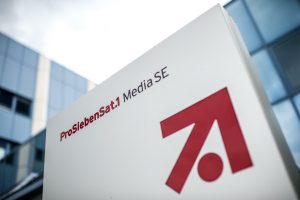 The group said it now expects current year revenues to reach €4.6 billion, with revenue growth forecast to be 4-5% a year for the medium to long term.

With the advertising market recovering from the pandemic, ProSiebenSat.1’s core entertainment segment was the main driver of growth, up 12% in revenue terms to €3.1 billion.

The broadcaster’s dating and video segment revenues were also up significantly on the back of its acquisition of US dating site outfit The Meet Group.

However, ProSiebenSat.1’s commerce and ventures unit saw revenues fall by10% to €854 million, largely due to the disposal of over-the-counter medicines provider WindStar Medical at the end of 2020.

The unit also took a hit from rising infection rates of COVID in Q4, which had a negative impact on its Jochen Schewizer mydays experience offering, while problems in the energy market negatively impacted price comparison service Verivox.

He said that the company was increasingly producting “local-reelevant content” in-house and highlighted to role of streaming JV Joyn as “the key element of our digital offering”.