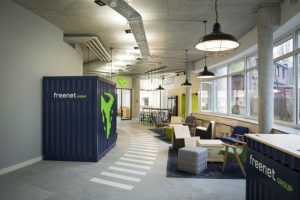 The customer base for the antenna-based television freenet TV declined by 105,300 customers to 796,900.

The company said that the decline had little impact on the bottom line due to a 20% price increase in May 2020 and optimisation of the service’s cost structure.

By contrast, waipu.tv continued to follow its growth trajectory from previous years by adding around 150,100 customers and achieving what the company said was an almost 40 % share of the German OTT market. The subscriber base expanded by 26.2 % to 722,500 customers compared to 2020.

Freenet said that as the company has now fully passed its break-even point, each new customer contributes directly to EBITDA growth.

waipu.tv remains the main growth driver and was responsible for €8.2 million of the increase in EBITDA.

In a note on Freenet, analysts at Jefferies noted that management was confident that the company’s legacy DTT offering could “conserve” its stable EBITDA contribution thanks to a planned second price rise to come in the summer, with postpaid mobile revenues and waipu.tv driving revenue growth.