Viaplay to be home of Starzplay in Netherlands 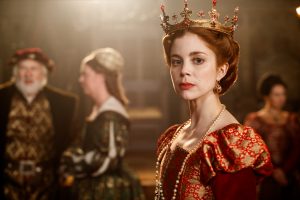 Nordic Entertainment’s (NENT Group) Viaplay streaming service has struck a partnership with Lionsgate-owned and Starz to make its soon-to-launch Dutch service the home of streamer Starzplay in the Netherlands.

The deal follows an expansion of Viaplay’s relationship with Starzplay in the Nordic territories two weeks ago. to provide full access to the Lionsgate-owned service’s programming. Viaplay had been providing access to a limited number of Starzplay titles since the end of 2020.

All new Starzplay Originals will be available through Viaplay as part of a regular subscription, along with Starzplay’s line-up of films and series from Lionsgate and other Hollywood studios, when Viaplay launches in the country on March 1.

The service will also include over 100 movies at launch including

Filippa Wallestam, NENT Group chief content officer, said: “This innovative deal makes even more world-class storytelling available on Viaplay as part of a regular subscription. Viaplay viewers in the Netherlands will be able to enjoy STARZPLAY Originals showcasing Hollywood’s biggest names alongside our award-winning Viaplay Originals. Our partnership with STARZ now spans six countries, and we look forward to delivering great experiences to audiences in our latest market together.”

Superna Kalle, president, Starz International, said: “This is an exciting next chapter in the expansion of our relationship with Viaplay, and moreover the expansion of our offering of the best series and movie content to our audiences in the Netherlands. Our slate of new original and acquired series over the next year features some top talent and storytellers, and we can’t wait to show them what we have in store.”