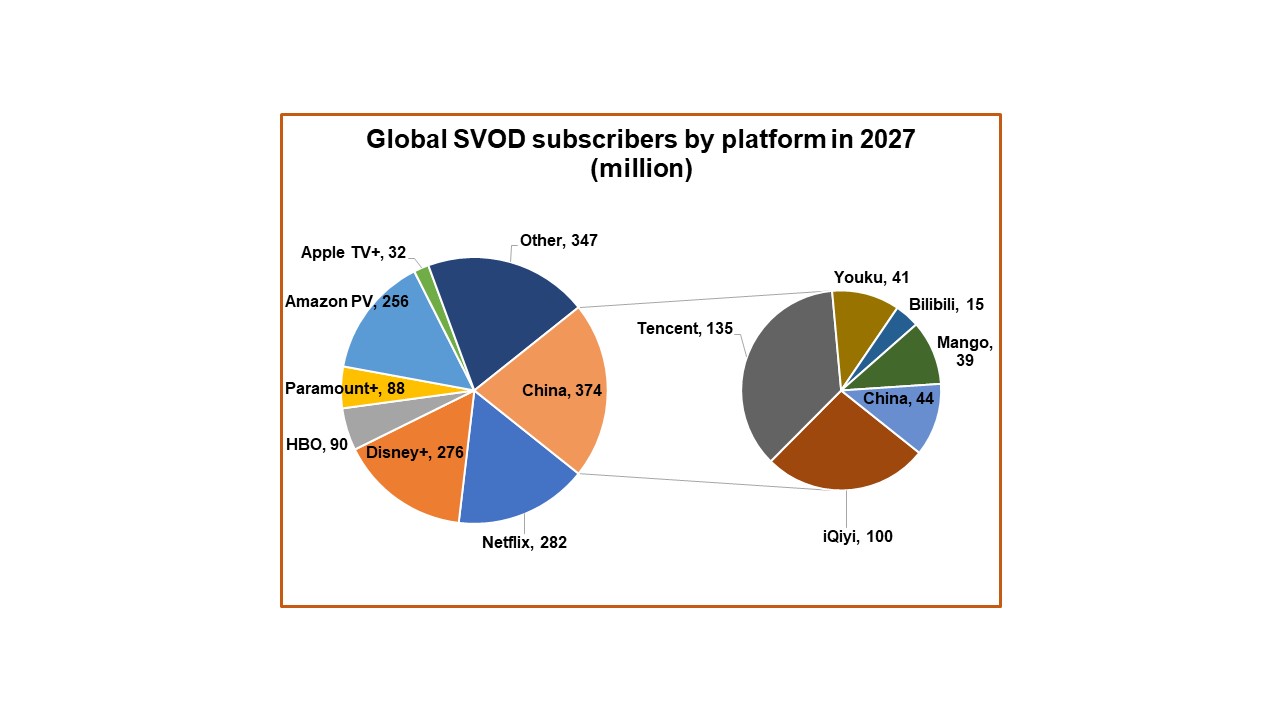 The total number of streaming subscriptions around the world is set to top 1.75 billion by 2027.

According to Digital TV Research, global SVOD subscriptions will increase by 550 million between 2021 and 2027, leading to a total of 1.75 billion subscribers to services like Netflix and Disney+.

Those two streamers are set to dominate, with Netflix in the lead at 282 million subscribers, adding 60 million in the interim period. Disney+ meanwhile is estimated to be at 276 million subscribers by 2027, though the research firm predicts that the Disney streamer will overtake Netflix in 2028.

The report also notes that about 106 million of Disney+’ subscribers will be in the 13 Asian countries under the Hotstar brand in 2027.

Geographically speaking, China and the US will account for 48% of the world’s total of streaming subscribers by 2027.

China’s domestic streaming players will be at 374 million subscribers. Of that total, Tencent will be the largest at 135 million, followed by iQiyi at 100 million.