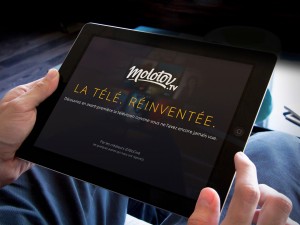 TF1 has denied OTT operator Molotov’s claim to have agreed the distribution of the commercial broadcaster’s free channels in its premium pay TV tier following Molotov’s January 7 legal defeat in its battle to carry on making the services available free of charge to its users.

The Paris Court of Justice ruled against Molotov for infringement of TF1’s rights, as it had been broadcasting the TF1 Group’s channels since July 2019 without authorization. Molotov was ordered to pay €8.5 million to TF1 and to stop distributing its services in the clear.

Molotov said it had sent a letter to its customers to notify them that it would henceforth only distribute TF1’s channels in its pay offerings.

The OTT platform said it had signed up to the conditions set by TF1 for the distribution of channels TF1, TMC, TFX, .TF1 Séries Films and LCI in an agreement that also covered catch-up and bonus services that would be available soon.

It also said that it was ceasing to distribute TF1’s pay channels TV Breizh, Ushuaïa TV and Histoire TV “for the moment”, pending a possible deal with TF1.

Molotov said it regretted the situation and reaffirmed its commitment to make free-to-view digital-terrestrial channels freely available to users, without the need to pay a fee.

It said that all other over-the-air DTT channels would remain free on its platform, except for those of TF1 and M6, France’s other main commercial broadcaster.

In December Molotov agreed to make M6’s service only available via its pay tier after suffering a separate legal defeat.

In response to Molotov’s latest move, TF1 responded tartly that no agreement had been reached between the pair.

“The TF1 Group wishes to make it clear that the decision to provide its channels and services on a pay-per-view basis is the entire and plain responsibility of Molotov, which has unilaterally agreed to its distribution terms and conditions of use,” the group said in a statement.
“However, the TF1 Group remains naturally willing to negotiate with Molotov, as it does with all distributors.”