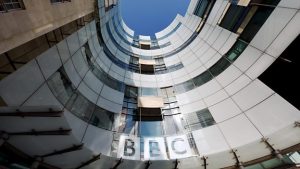 BBC chairman Richard Sharp and director-general Time Davie have written to UK culture secretary Nadine Dorries reiterating their concern that her final determination of the BBC licence fee in the period to Charter renewal in 2027 will have a negative impact on the quality of output and the UK creative industries sector.

“We have said on the record that we are disappointed with the outcome both for our audiences and for the creative industries. The BBC’s income for UK services is already 30% lower in real terms than it was ten years ago,” the pair said in a letter to Dorries.

“This settlement means that decline continues making it harder to achieve our aim of supporting a thriving UK creative industries sector that faces jeopardy in today’s very competitive global market. 90% of our investment is in the UK supporting 8,400 SMEs and we deliver a greater economic impact out of London than any other media organisation.”

Sharp and Davie said that they were “very conscious” of the financial pressures now bearing on households and that they had “only ever poposed an inflation-linked licence fee” that would in practice “have meant a real terms cut to the BBC budget”.

The pair said the nevertheless welcomed “the certainty and financial stability” that the settlement offers for the next six years.

Sharp and Davie also welcomed Dorries’ call for “an informed debate on the future of the licence fee model” – a call made after she was forced to row back from public statement that the licence fee would be abolished.

In their letter, Sharp and Davie said that the work on the funding model going forward would “form part of the Charter Review discussions in 2027 so we all have time to get this right particularly in the context of a fast-moving market and consumer behaviour”.

The letter to Dorries was in response the final determination of the licence fee sent to Sharp and Davie on January 21, in which she said that the licence fee would remain at its current level of £159 for the first two years, only increasing in line with inflation from 2024-28.