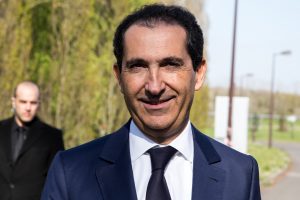 Altice boss Patrick Drahi has told French legislators that he is broadly in favour of the planned merger between commercial broadcasters TF1 and M6 and has hinted that he would be interested in acquiring channels that may be put up for sale to secure regulatory clearance.

Speaking to French senators in relation to preparation for new legislation on media ownership, Drahi said that the marriage of the two commercial broadcasters made sense in the context of the globalisation of the media distribution business and the rise of internet and streaming giants based in the US.

Drahi said he found the pairing of the two to be “logical” and that it would be inconsistent of him to be for the consolidation of the telecom business and against that of the media business.

Drahi also said he was ambitious to “build a bigger group in French media”.

“If I can pick up whatever falls from the tree, I will do it,” he said.

Under French law, media groups can own a maximum of seven TV channels, meaning that a combined TF1-M6 would have to divest three to be compliant.

Drahi’s Altice Media unit, which includes the BFMTV news channel, turns in revenues of around €350 million. In addition to national channels the group has also built a network of local TV services through various acquisitions.

Drahi’s position on the TF1-M6 merger stands in sharp contrast to that of fellow telecoms tycoon Xavier Niel, boss of Iliad Telecom/Free who has stated his strong opposition to the deal on numerous occasions.