OTT subscriber churn on the rise in US 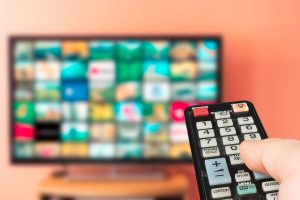 OTT subscriber churn in the US hit 44% in Q1 of last year, according to data compiled by Parks Associates, with Netflix, Amazon Prime Video and Hulu managing to retain customers at a much higher rate than other leading streaming services.

However, the other major streamers in the market fared less well.

Parks found that about a quarter of streaming subscribers were ‘hoppers’ who switch services frequently and have more than the average number of subscriptions but cancel regularly.

Parks also found that OTT churn rates had surpassed those of vMVPD services in Q1 2021, with the latter experiencing average churn rates of 39%, down from 73% a year earlier.

Among retention tools deployed by OTT service providers that resonate with subscribers, Parks found that the ability to pause a subscription was referenced by 21% of users, while the availability of a lower price tier was also referenced by