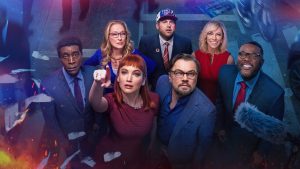 Netflix has announced its latest price increase in North America.

The streamer, which has scored recent hits with the likes of Squid Game and Don’t Look Up, has raised its price by US$1-2 per month depending on the plan. The standard plan has increased from US$13.99 to US$15.49 in the US, while the same plan now costs C$16.49 in Canada up from C$14.99.

New subscribers will immediately be hit by the price increases, but they will be made gradually to existing subscribers. Netflix has emailed members, telling them that they will be told at least 30 days before their subscription cost goes up.

In a statement to Reuters, a spokesperson for Netflix explained the price increases: “We understand people have more entertainment choices than ever and we’re committed to delivering an even better experience for our members. We’re updating our prices so that we can continue to offer a wide variety of quality entertainment options. As always we offer a range of plans so members can pick a price that works for their budget.”

Netflix said that it would spend US$17 billion on content in 2021, with the 2022 budget thought to be even higher.

While increasing subscription costs may cause some consumers to reevaluate their memberships – particularly given the increased competition from the likes of Disney and WarnerMedia – North America still represents Netflix’s largest region with 74 million subscribers, and contributed 44% (US$3.3 billion) towards the company’s overall Q3 2021 revenues.

Netflix’s 2021 year-end results will be released this week, with analysts expecting an addition of 8.5 million new subscribers globally.