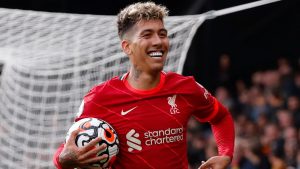 Disney has reportedly agreed a three-year deal with the English Premier League in South America.

According to Sport Business, the deal will run from 2022-23 through to 2024-25 and cover Argentina, Bolivia, Brazil, Chile, Colombia, Ecuador, Paraguay, Peru, Uruguay and Venezuela. Disney confirmed the deal to the outlet, but a formal announcement is yet to be made.

Disney will broadcast all 380 matches per season across ESPN and Star+, with some to be shown exclusively on ths streamer.

The company is currently the rights holder in Spanish-speaking Latin America, and sublicences two matches per week to DAZN in a deal which expires this summer. It is not thought that Disney will share the rights in this cycle however, with European football forming a central selling point of Star+.

The streamer will end the current season having broadcast at least 1,600 European football matches across the region.

This is the latest rights deal secured in the Americas by the English Premier League. The news comes after the league announced deals in Canada with fuboTV, Central America and Mexico with ViacomCBS and in the US with NBCUniversal.