Indian government in plan to take 36% stake in Vodafone Idea 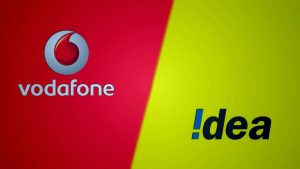 The heavily indebted company’s board this week approved a plan initiated by the government to convert interest owned to the state into equity.

Under the plan proposed, the government would forego interest on payments due to it in the form of spectrum licensing charges and a proportion of gross revenues.

If the government responds positively, it will become the company’s largest shareholder, with Vodafone Group’s stake reduced to 28.5% and Indian investment outfit Aditya Birla holding a 17.8% stake.

Failure to shore up the troubled operator could have resulted in its collapse, according to observers, leaving India with only two large-scale operators.

Vodafone Idea has lost about 10% of its subscriber base, leaving it with 253 million customers, over the last year.

The Indian telecom market has been heavily impacted by Reliance Jio, which has operated an aggressively competitive pricing strategy over the last five years. The other major operator, Bharti Airtel, has avoided having to implement a similar plan to give the Indian government a stake.

If the Indian government were to go ahead and take a stake in Vodafone Idea, it would effectively be the biggest shareholder in two of the country’s four biggest telcos, including the state-backed number four player Bharat Sanchar Nigam.