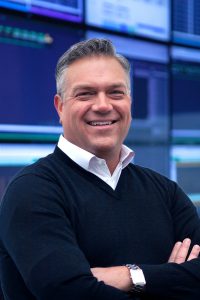 Hughes will be tasked with M2A Media’s commercial strategy and direction, along with leading its business development, sales and marketing operations.

He joins from V-Nova, where he served as senior vice president of global sales. Across 26 years in broadcasting and sales, Hughes has also held senior positions at Conviva, AWS and Chyron Corporation.

The CEO Box said:  “We are delighted to confirm Matt Hughes as our new Chief Commercial Operator and are looking forward to him joining M2A’s senior leadership team. This is a significant appointment for M2A at a pivotal point in our evolution.  Given Matt’s strong track record and experience in the broadcast and media industry, we feel assured we can realise our ambitious plans for growth under his stewardship.”

Hughes said: “M2A Media was founded just five years ago and has grown rapidly – pushing the boundaries of broadcast technology and becoming a trusted provider of cloud-based live video services to global broadcasters and sports-rights owners. What the team has achieved in its short history is impressive. I am honoured to help lead M2A at this next stage of growth and look forward to building on such solid foundations for future success.”