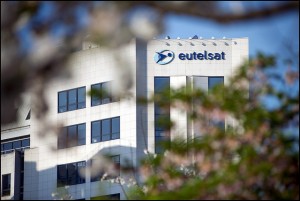 Satellite operator Eutelsat continues to face a decline in revenue and earnings, with no immediate sign of a merger or acquisition in sight and risks to guidance posed by an imminent change in leadership, according to a downbeat assessment by analysts at Berenberg.

Berenberg’s analysts believe that telecoms tycoon Patrick Drahi’s recent bid for the company was opportunistic, motivated by Eutelsat’s ability to generate cash at a time when it was still awaiting proceeds from the sale of C-band capacity in the US, which Berenberg says will improve its balance sheet position and potentially lead to consolidation.

Eutelsat rejected Drahi’s surprise offer of €12.10 a share in October, judging the price to be too low. Analysts at Jefferies described Drahi’s bid at the time as “incongruous”, given the absence of industrial logic in combining the satellite outfit with Drahi’s other assets.

Berenberg meanwhile believes that, “with no obvious strategic angle connected to his other assets”, it is uncertain that Drahi will return with a higher bid.

Berenberg also points to risks associated with the departure of ex-CEO Rodolphe Balmer , who was replaced on January 1 by Eva Berneke, former CEO of Danish IT outfit KMD.

“Any change in management increases risk to guidance. In this case, we would specifically point to Eutelsat’s guidance that it will return to revenue growth in 2022/23,” said the analysts, adding that “Eutelsat has faced repeated downgrades to consensus revenue expectations, and it is currently very much in the balance whether this guidance is achieved.”

Berenberg believes that Eutelsat is on course to report further declines in revenue and EBITDA in Q2, with high single-digit falls in broadcast, data, professional vide and government services sales being offset by growth in fixed broadband and mobility revenues. Net income is forecast to jump by 50% as a result of the C-band sale.

“With M&A hopes skewing an investment case that otherwise holds limited appeal, we stay on a Hold rating for now,” the analysts conclude.