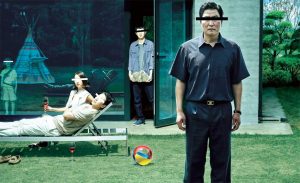 US-based ViacomCBS has struck a comprehensive global partnership with South Korea’s CJ ENM, which includes co-productions for original series and films, content licensing and distribution across both company’s streaming services.

As a result, ViacomCBS (VCBS) streamer Paramount+ is to launch in South Korea next year as part of an exclusive bundle with CJ ENM’s own platform, TVING.

Under the terms of the deal, Paramount Television Studios and CJ ENM/Studio Dragon will co-develop and co-produce English-language scripted series based on the latter’s titles for exhibition on Paramount+.

VCBS and CJ ENM will furthermore co-develop and co-finance movies for theatrical and streaming releases with the plan to distribute one theatrical movie a year in various territories.

This is the latest move from CJ ENM to rapidly expand its global interests, following its near-$1 billion deal to take an 80% stake in Endeavor Content last month, as well as its recent acquisition of Nordic distributor Eccho Rights.

“Korean entertainment has become a cultural juggernaut with unprecedented demand, and CJ ENM is behind some of the biggest international hits that transcend borders, including Academy Award-winning film Parasite,” commented Dan Cohen, president of global distribution group, ViacomCBS.

“We are excited to partner with CJ ENM to deliver world-class content that will captivate our collective audiences, expand our intercontinental footprint and accelerate the growth of our streaming services with this powerful collaboration.”