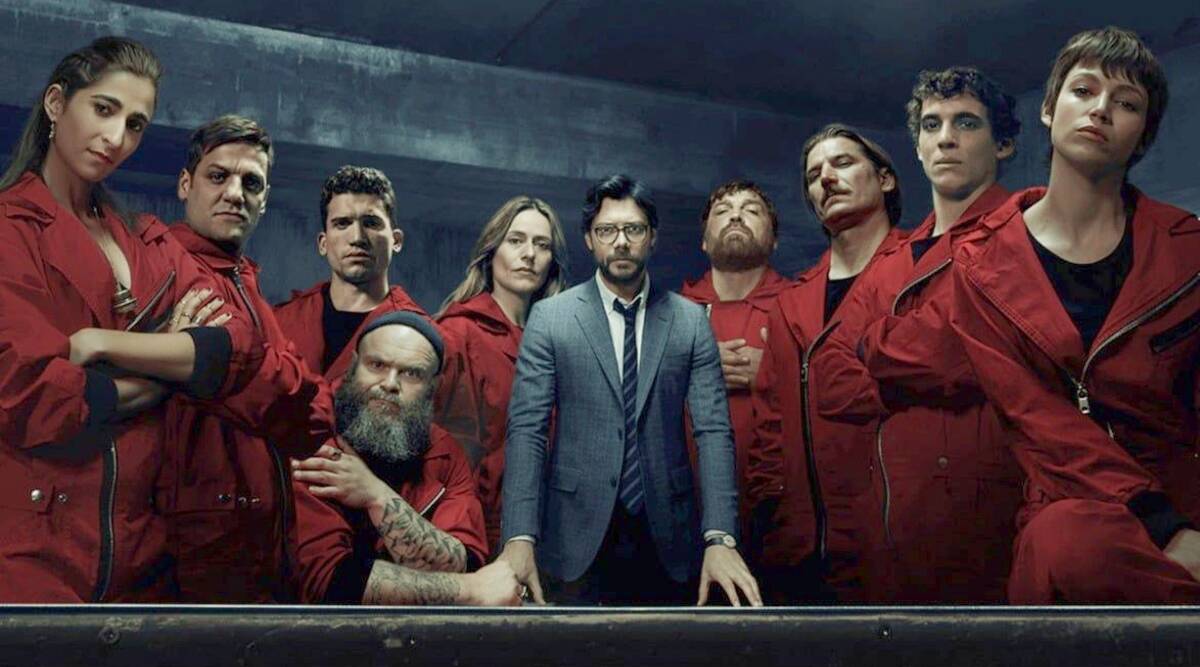 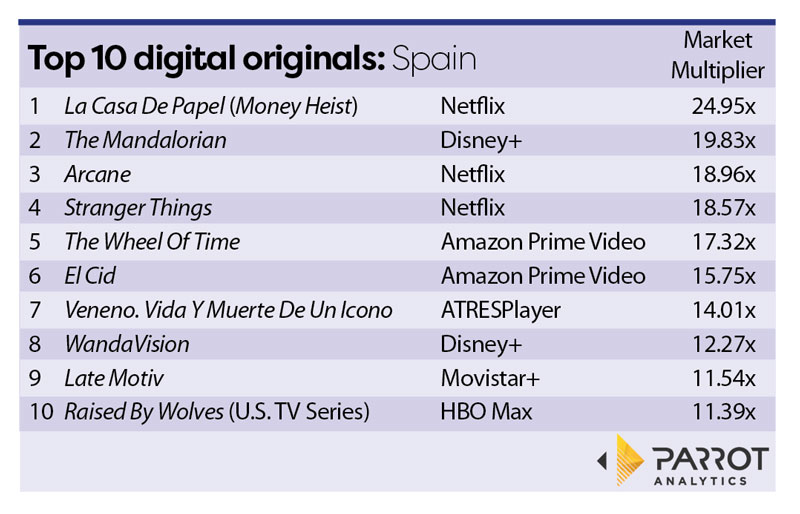 The heist drama, which will wrap up its run next month, attracted 24.95 times the demand of an average show, significantly higher than the second-placed The Mandalorian with 19.83 times difference. Disney also charted with WandaVision in eighth.

La Casa De Papel is one of three Netflix series to feature in the chart, with the League of Legends animated series Arcane in third and perennial fan-favourite Stranger Things in fourth.

Amazon’s latest big budget effort The Wheel of Time has made a decent impact in fifth, while its historical drama series El Cid features in sixth.

Native streamers ATRESPlayer and Movistar+ both chart once with Veneno. Vida Y Muerte De Un Icono from the former in seventh, and Late Motiv from the latter in ninth.

HBO Max, which recently launched in the country, rounded out the list with its sci-fi drama Raised By Wolves in tenth.