IMAX comes to the living room with Disney+ 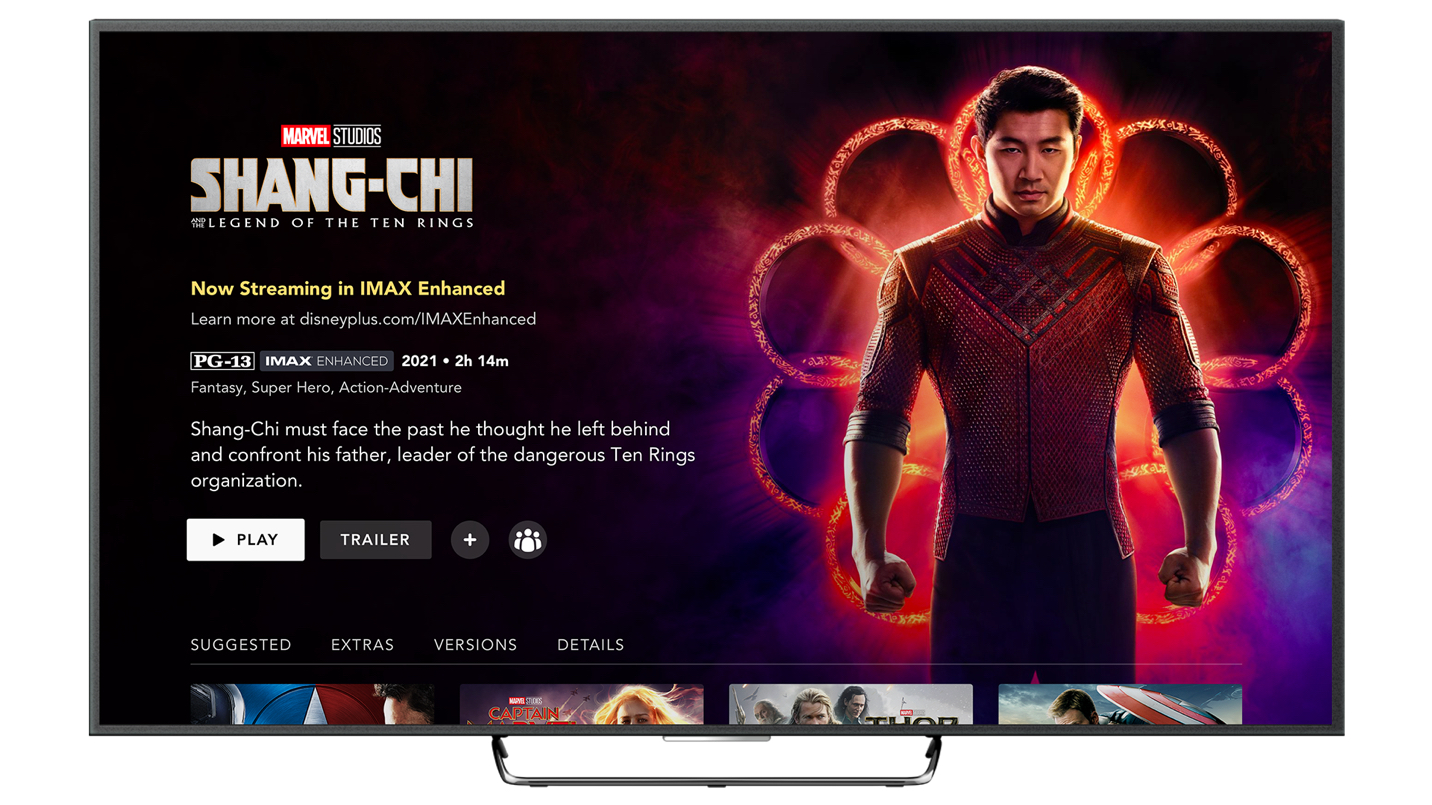 Disney is partnering with Xperi-owned IMAX to enhance the viewing experience of 13 Marvel movies on Disney+.

Starting November 12, 13 movies including Shang-Chi and the Legend of the Ten Rings, Guardians of the Galaxy Vol. 2 and Avengers: Endgame will be presented in IMAX’s Expanded Aspect Ratio on the streamer.

The IMAX experience on Disney+ will not be a 1:1 emulation of the theatre going experience however. IMAX typically uses a squarer 1.43:1 format, but the Expanded Aspect Ratio being offered in this update will be 1.90:1 to better fit the 16:9 ratio of modern widescreen TVs.

The partnership is not just bringing improved visuals though. Disney said that the collaboration in the future will deliver more features including DTS surround sound.

Rich Gelfond, CEO of IMAX, said: “For more than a decade, IMAX has helped filmmakers take fans across the Marvel Cinematic Universe in theatres and now that epic journey crosses into a new world: the home. IMAX, Disney, and Marvel Studios are giving the fans what they want: the most immersive viewing experience throughout the life of a Marvel Studios film, from exclusive theatrical release to the library at-home where they can now watch the Avengers assemble with more picture than ever before.”

Michael Paull, President of Disney+ and ESPN+, said: “Disney, Marvel Studios, and IMAX have collaborated for years to bring the world’s most popular films to the big screen, and on Friday we’ll start to bring IMAX technology to subscribers with IMAX Enhanced viewing in the Disney+ app. We’re thrilled to create new value for Marvel fans and audiences on Disney+, and we’re looking forward to offering even more IMAX Enhanced functionality in the future.”