Reversal of fortune: Berenberg on SES and Eutelsat 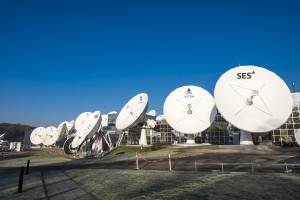 In a notable reversal of their analysis of the two companies’ prospects earlier this year, analysts at Berenberg have published a ‘buy’ recommendation for satellite operator SES and downgraded rival Eutelsat to ‘hold’.

The upgrading of SES to ‘buy’ is largely based on the fact that the Luxembourg-based operator is due to receive post-tax proceeds from the sale of C-band capacity in the US equal to 80% of its market capitalisation over the next two and a half years.

Eutelsat, by contrast, is set to receive C-band payments amounting only to 15% of its market cap.

Downgrading Eutelsat from ‘buy’ to ‘hold’, Berenberg pointed to what it believes is a poor record in meeting revenue growth guidance along with the absence of a substantial C-band windfall.

While Berenberg believes both companies’ stocks are cheap, it believes the paths for either of them to grow their revenues remains unclear.

“Eutelsat and SES are both cheap stocks; however, given their poor track record of achieving guidance and slipping consensus expectations, we are sympathetic with investors who label them as ‘value traps’. Questions about the long-term future of broadcast revenues are likely to persist, while the timing of COVID-19 headwinds easing, allowing the smaller growth drivers to flourish, remains uncertain,” the analysts said.

Berenberg notes that SES – and Eutelsat – will continue to face challenges as their core video revenues decline in the long term.

However, they now believe that “SES’s capex in 2021 and 2022 should support accelerating network revenue growth”

The reversal of fortunes for the two companies comes as video revenues continue to decline, with data set to become the “dominant source of satellite industry revenues” over the next decade, according to Berenberg. This is likely to lead to a shift away from GEO satellite constellations to lower-latency LEO and MEO satellites.

SES acquired MEO operator O3b in 2016 while Eutelsat earlier this year invested US$550 million in a 17.6% stake in LEO operator OneWeb.