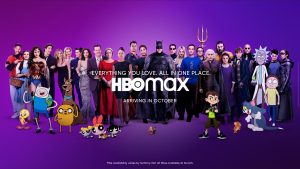 Vodafone España has confirmed that it will be the exclusive operator distribution partner for HBO Max after the service launches in Spain on October 26.

The operator said that the new streaming service would form part of its TV offering in the sae was as the existing HBO España service, which will be discontinued as of that date.

Vodafone said that the new service would be available via its set-top boxes, making it the only operator to integrate the service within its TV proposition.

Vodafone also said that Vodafone TV customers would continue to be able to access the new service under the same terms as the existing offering, noting that HBO España was one of the elements of its offering most valued by subscribers.

“We are extremely satisfied with the arrival of HBO Max in the Spanish market and at Vodafone TV, which allows us to offer more differentiated quality content as part of a superior user experience. This reinforces our alliance with one of our most valued partners for television customers, with one of the most powerful offerings in the market,” said a Vodafone España spokesperson.

Vodafone’s confirmation comes as WarnerMedia unveils the dates for the upcoming launch of HBO Max in the Nordic and Spanish markets, with other European markets in central and eastern Europe and Portugal to follow next year.