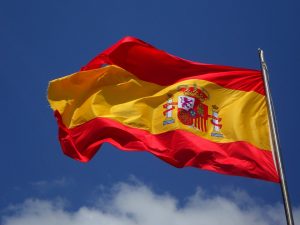 Spain’s markets regulator the CNMC has published an update on plans for a revision of the country’s audiovisual media law which specifies that all players present in the market “that compete for the same audience” should contribute to the financing of public broadcaster RTVE.

The change would mean that VOD operators and video-sharing platforms would contribute to the financing of the pubcaster alongside free and pay TV broadcasters, whether such platforms are based in Spain or elsewhere in the EU but offer services available in Spain.

The proposed law would also see the suppression of the ‘direct contribution’ to RTVE paid by telecom operators.

The proposals confirm plans trailed in June that included the abolition of the direct tax of 0.9% of revenues imposed on operators that currently goes direct to RTVE. Telcos with audiovisual services of their own will continue to be liable to contribute a portion of revenues to maintain RTVE.

The CNMC welcomed the proposed changes but noted that they did not quantify the impact that the withdrawal of the telecom tax would have on RTVE’s finances, and did not provide an estimate of the additional revenue that would result from the inclusion of new players.

The regulator said that these uncertainties could put RTVE’s finances at some risk.

The proposed law also envisages giving RTVE greater flexibility in raising revenue through advertising through product placement, telesales and sponsorship. The watchdog said that these changes could contradict elements of the previous media law and could lead to inconsistencies in the valuation of the revenues raised by those companies obliged to contribute to RTVE’s finances.

The CNMC also called for an express definition of audiovisual service providers that are supported by video-sharing platform, such as influencers.  The regulator has insisted on the inclusion of such influencers in the regulatory framework in order to ensure equitable access to online content services, consumer protection and the protection of competition.