Global TV subscriptions for sports have declined by 9% since 2019, while adoption of streaming services has increased by 41%, according to a survey from cloud video platform provider Grabyo. 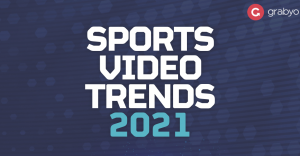 According to the report, online paid streaming services for sports have now surpassed broadcast, with over three in five sports viewers paying for a streaming service compared with under half who view through pay broadcast TV services.

The number of sports viewers globally who don’t pay for any type of service has meanwhile halved from around 20% in 2019.

Some 79% of sports fans surveyed said they would switch to streaming platforms only if they could.

The survey also found that 53% of sports fans that pay for video services were considering cutting the cord by 2024, and that the number of fans paying for streaming services exclusively now amounts to 45% of the total.

According to the report, sports fans are turning to smart TV to watch video, with 56% using smart TVs – the same proportion that use smartphones to view video – compared to 23% using traditional TVs and 23% using cable or pay TV set-tops. Only 20% use streaming devices to watch.

In the UK, Germany and France, around three quarters of sports fans said they would watch sports exclusively on streaming platforms if they could, rising to 85% in Spain and 83% in Italy. In the UK and France, 38% said they would pay the equivalent of US$25 a month to watch sport on a streaming platform, rising to 45% in Germany, and 46% in Spain.  In Italy, 37% said they would pay this amount. Social media was used by over half of respondents in all these countries to watch sport, with Spain seeing the highest use of social media at 64%.