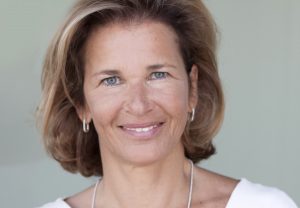 Described by its backers as a SPAC that will address the entertainment and leisure industry in Europe, the UK and Israel, 12PO will focus on sub-sectors including steaming and distribution, music, media IP and services, gaming and esports, e-learning and leisure platforms.

SPACs are investment vehicles that list on the stock market without an ongoing business and then go in search of private companies to buy and take public.

Founded by Iris Knobloch – who was until last month Warnermedia’s president for France, Benelux, Germany, Austria and Switzerland – Artemis – the Pinault family’s holding company – and banker Matthieu Pigasse’s Combat Holding, the company will debut on the Euronext Paris Stock Exchange on Tuesday, July 20, according to the company’s founders.

I2PO will target leading brands with “a strong European footprint, great digital potential for scale and long runway for growth, run by A-teams who will embrace a partnership with I2PO to accelerate growth and value creation over time through access to capital, expertise and a listing on Euronext Paris,” the company said.

12PO made a point of emphasising in its communiqué that as the first female-led European SPAC, with Knobloch serving as chair and CEO, it will focus on companies with strong environmental, social and governance principles.

“By launching I2PO, we have successfully established together with Artemis and Combat Holding, the first listed SPAC in Europe dedicated to entertainment and leisure. The success of this private placement demonstrates investors’ confidence in the unique combination of the founders and in our ability to successfully deliver on I2PO’s ambition: accompanying a European champion in conquering the entertainment and leisure market globally,” said Knobloch.

“Europe as a cultural, entertainment and leisure hub, has a vibrant industry that has substantial growth potential, driven by technological innovation which accelerated during the sanitary crisis. It is also a fragmented market that offers considerable consolidation opportunities. Our experienced team will leverage its global network to join with the right company for a long-term value creation partnership and accompany its founders and management to take their business to the next level as a publicly traded company.”