US FTC reportedly to probe Amazon’s acquisition of MGM

The US Federal Trade Commission is reportedly launching a probe into Amazon’s planned acquisition of MGM. 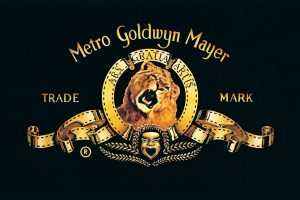 According to The Information, citing unnamed sources, the FTC has opened an in-depth investigation into the merger that could last for six months or more.

News of the possible probe follows the June appointment of Lina Khan, seen as a critic of big tech companies and Amazon in particular, as FTC chair. Amazon had asked for Khan’s recusal from cases involving it, citing comments she had previously made about Amazon being allegedly guilty of antitrust violations and calling for the company to be broken up.

US senator Elizabeth Warren recently said that FTC should carry out a thorough review of Amazon’s takeover of MGM.

Warren reportedly wrote to Khan calling for a probe that “would assess whether the acquisition could grant Amazon the incentive and ability to disadvantage Prime Video’s streaming service competitors or MGM’s production-company competitors”.

The news also comes as the Biden administration moved last week to place mergers under much greater scrutiny, bringing together multiple Federal agencies tasked with regulating competition and consumer protection.

President Joe Biden on Friday signed an executive order to promote competition via a “whole-of-government effort to promote competition in the American economy”, charging the Department of Justice and the FTC to “enforce the antitrust laws vigorously”, with tech name-checked as one of the sectors to be focused on.

The FTC responded with a statement that “the current guidelines deserve a hard look to determine whether they are overly permissive” and that it planned, with the DoJ, to “jointly launch a review of our merger guidelines with the goal of updating them to reflect a rigorous analytical approach consistent with applicable law”.

Amazon announced a US$8.5 billion deal to acquire the James Bond studio in late May, and has said that it will focus on its ‘reimagining and developing’ IP from MGM’s library.