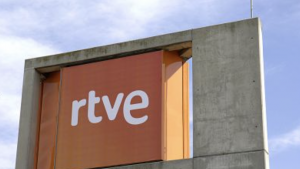 The Spanish government is to oblige streaming platforms such as Netflix to help finance public broadcaster RTVE through a contribution of 1.5% of their revenues from next year.

The measure is part of the country’s new draft audiovisual law, which is expected to be passed by the Congreso de los Diputados, the lower house of the Spanish legislature, the Cortes Generales, in the first quarter of next year.

The inclusion of international streamers such as Netflix, Amazon Prime Video, Disney+ and HBO in the obligation to devote a part of revenues to support the pubcaster had been demanded by the country’s telecom operators and commercial broadcasters, which are also liable, to create a level playing field.

Streamers will also be obliged to allocate 5% of their revenues generated in Spain to finance movies and series of European origin or to directly contribute to a fund for the support of audiovisual works, the Fondo de Protección de la Cinematografia administered by the Instituto de la Cinematografía y de las Artes Audiovisuales (ICAA).

According to El País newspaper, citing government sources, the authorities intend to calculate the amount to be paid by streaming providers based on “real revenues” rather than those declared as originating in Spain, which are likely to be minimal from companies whose European base is elsewhere. However, the government has yet to specify how this might be done.

The government is meanwhile also to abolish a direct tax of 0.9% of revenues imposed on telecom operators a decade ago that goes directly to RTVE, provided the now exempted telcos contribute to the development of 5G in Spain.

Those telcos with audiovisual service offerings will continue to be liable to pay 1.5% of audiovisual revenues to maintain the pubcaster.

The new law will also give RTVE more flexibility in how it raises finance, with more opportunity for sponsorship and advertising around programmes and by allowing it to sell advertising on digital platforms that provide access to its content after it has aired.