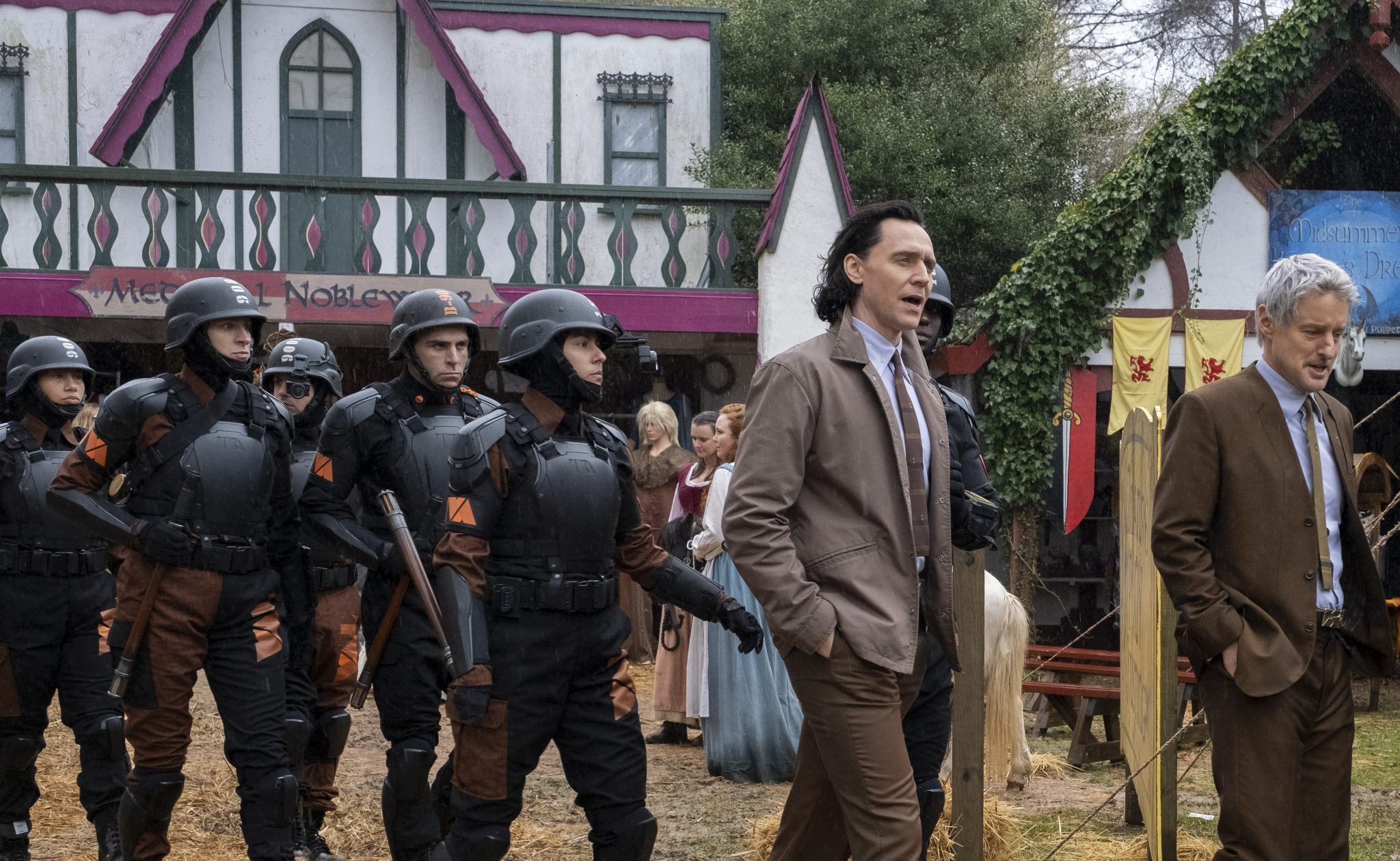 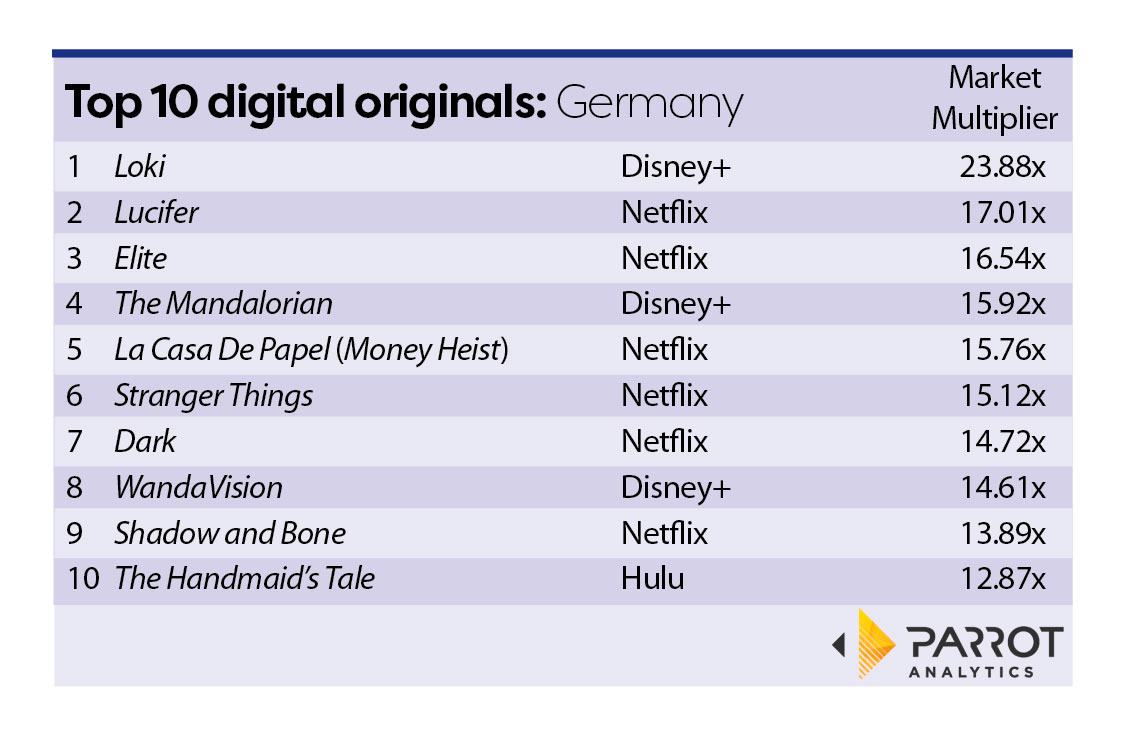 The Tom Hiddlestone-starring Disney+ series was by far the most popular series in Germany, with 23.88 times the demand of an average show. Disney+ features twice more in the list with Star Wars series The Mandalorian in fourth and Marvel’s WandaVision in eighth.

Elsewhere, the list is dominated by Netflix, with the streamer charting six titles including Lucifer in second, Elite in third, La Casa De Papel in fifth, Stranger Things in sixth, Dark in seventh and Shadow and Bone in ninth.

The chart is rounded out by Hulu’s The Handmaid’s Tale, which sits in tenth with 12.87 times the demand of an average show.