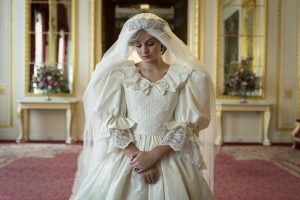 The UK government has confirmed it will explore tighter regulation on streamers such as Netflix, Amazon Prime Video and Disney+, in a move that could see the SVOD’s face the same “rules” as broadcasters such as the BBC and ITV.

Details of the review, which was first revealed earlier this week, comes ahead of a broadcast white paper – a proposal for legislation in the UK – due in the autumn that will explore how the UK broadcast industry is functioning.

The consultation on VOD services will consider whether “new rules” are needed around areas such as age ratings, impartiality and accuracy rules for documentaries and news content.

‘Basic rules’ for all

Digital secretary Oliver Dowden said: “We need to level the playing field and address one blatant disparity forcing traditional broadcasters to compete with one hand tied behind their backs.

“Every ‘linear’ broadcaster – BBC, Sky, etc. – has to comply with stringent content and audience protection standards.

“You might assume the same is true of video-on-demand services like Amazon Prime and Disney+. You’d be wrong. Of course, some have done an admirable job of introducing their own procedures – such as Netflix’s voluntary age ratings partnership with the BBFC. But this is all on an ad-hoc and inconsistent basis.

“So this summer we will consult on whether it’s time to set the same basic rules for video-on-demand services as we do for traditional broadcasters.”

The government will explore whether to make content available on SVOD’s such as Apple TV+, which like its international streaming counterparts is currently unregulated, subject to the same ‘broadcasting code’ from media regulator Ofcom that the BBC faces.

The current system, it added, has created a “potentially harmful gap in regulation between video-on-demand services alongside a potential competitive disadvantage between UK broadcasters and their internationally-funded online counterparts.”

The government will also take forward existing commitments to legislate to strengthen public service broadcasters’ prominence online, so that their VOD content can easily be found and accessed on smart TVs and other platforms and devices.

The move comes after US-based Netflix was embroiled in controversy with the UK government over its portrayal of historical events in royal drama The Crown (pictured above).

This led John Whittingdale, the minister for media and data, to question why streamers are not held to the same standards as traditional broadcasters during a Digital, Culture, Media and Sport (DCMS) select committee meeting.

While it operates in the UK with an English-language portal tailored to British audiences, Netflix is subject to Dutch regulations as its European business is based in Amsterdam.