South Asian streamer SVOD Zee5 launches in US and Canada 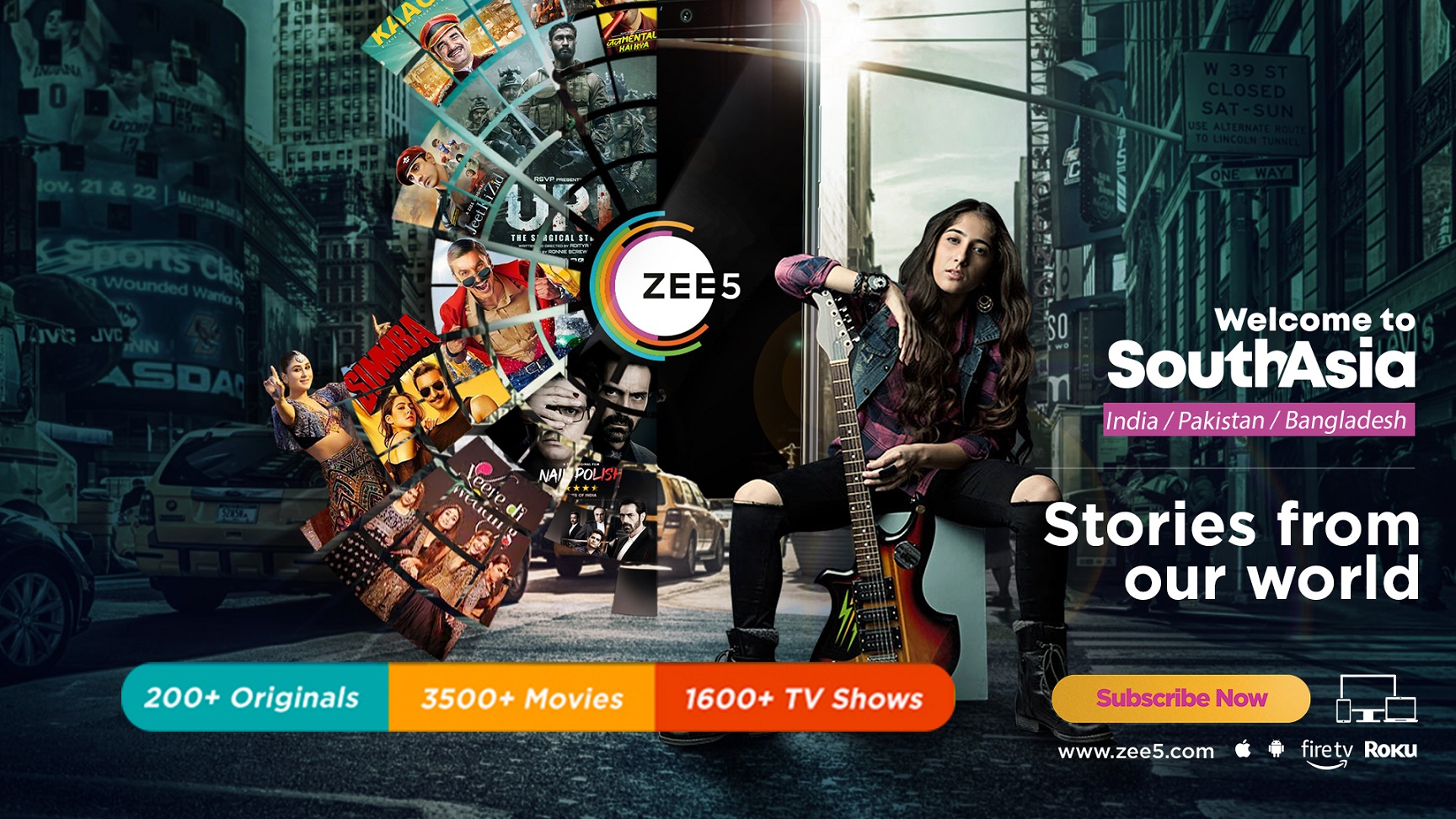 South Asian streamer Zee5 has unveiled an array of original shows for its service, which has formally launched into the US and is also being rolled out in Canada.

The India-based SVOD offers exclusive Indian, Pakistani and Bangladeshi entertainment shows, with more than 1,600 TV series that include drama, music, food and lifestyle shows. It is aiming to tap into the 5.4 million diaspora audience with the US expansion.

A library offering will also be available, providing access to shows from the last 20 years, while Bollywood and Indian-language films are also on the service, which costs US$84 for a year, with a launch offer price of US$49.99.

Originals on the up

Shows will be available in subbed in English and in all South Asian languages, with Tamil releases such as Handcuff, Blood Money and Vinodhiya Chiththam. Telugu series include Lol Salaam and Oka Chinna Family, while Bangla releases such as 10-part Ladies & Gentlemen are also available alongside Pakistani shows including Churails.

New seasons of Abhay 3, Rangbaaz 3, The Test Case S2 and Code-M will also be available, while the library offering includes 130,000 hours from India, Pakistan and Bangladesh featuring series such as Kundali Bhagya and Bollywood hits. More than 600 episodes focused on music, health and lifestyle will also be added.

Archana Anand, chief business officer at ZEE5 Global, added: “Bringing ZEE5 into the US is so much more than just providing the South Asian diaspora here with a mega entertainment platform through which they can access a vast library of stories. It is a powerful bridge between them, their culture, and their languages.

“It is also a real-time connect between them and their families as they get to watch the same content across the ocean. And it is a platform through which their stories get showcased on an international stage.”