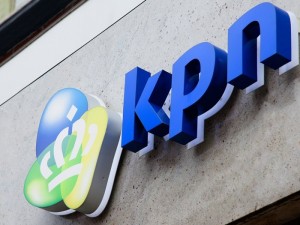 The landmark means that over 75% of Dutch fibre homes are connected to the KPN network, according to the operator, which says that 3.9 million homes in the country have a fibre broadband connection – close to half the total.

KPN says it is currently connecting about 9,000 homes to its fibre network each week and estimates that a further three million homes will be added to the networks of KPN and the recently created fibre network provider Glaspoort between now and the end of 2026.

The number includes fibre-to-the-cabinet (FTTC) as well as FTTH homes. KPN switched its focus from FTTH to FTTC in the mid 2010s to speed up deployments, although it has ramped up its FTTH efforts again over the last three years.

“A fantastic and valuable moment to reflect on, before we get back to work. Rolling out fibre is a major operation, which we can implement thanks to good cooperation with other parties. That’s why I want to thank everyone who made this milestone possible,” said KPN CEO Joost Farwerck.

“Of course, I am thinking of our customers, employees, contractors, and subcontractors. But also of municipalities, which play an important role in the rapid and efficient rollout, with the least possible inconvenience to residents. And o our wholesale customers, who offer their services over our open networks and provide consumers with plenty of choice. KPN is on track to implement our ambitious strategy. I am proud that we are making an important contribution to the digitization of the Netherlands. Because fibre is the future.”