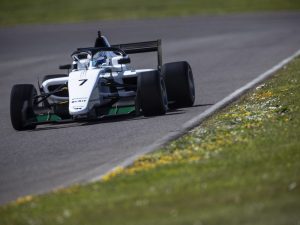 Sky Deutschland has joined a growing list of providers to secure rights to W Series motorsports, adding to a motorsport roster that includes Formula 1 and related races such as Formula 2, Formula 3 and the Porsche Mobil 1 Supercup.

The deal is one of a number signed by the women’s racing series that it says will help it achieve a goal of reaching 500 million viewers globally.

The list of agreements signed so far for the series includes the UK’s Channel 4, NENT Group in the Nordics, RTVE in Spain, Canal+ in France and Ziggo in the Netherlands.

The W Series has existed since 2019 and is open to female drivers only. The races are held in Formula 3 racing cars. In 2020 the series had to pause as a result of the COVID-19 pandemic.

Sky’s agreement with the W Series means that Sky will broadcast all races of the women’s series live and exclusively in Germany as part of its sports package. Sky will show the W Series on the new motorsport channel Sky Sport F1.

In addition to the live rights, the agreement also includes the comprehensive rights for highlight and news coverage on the free TV channel Sky Sport News.

In addition, Sky has taken rights to content including clips and documentaries for broadcast them via all distribution channels including linear TV, via download on Sky Q and OTT service Sky Ticket as well as via the digital platforms of Sky Sport. This includes six episodes of documentary series Driven with exclusive glimpses behind the scenes.

The series kicks off on June 26 in Spielberg, Austria. A total of eight race weekends are planned for the 2021 season: twice at Spielberg, followed by Silverstone, Budapest, Spa-Francorchamps, Zandvoort, Austin and Mexico City.

Charly Classen, EVP of sport at Sky Deutschland said: “The W Series means that women are more prominent in motorsport. In the future, I would like women and men to compete against each other on an equal footing in motorsport. Unfortunately, there are still structural hurdles here. That’s why, as the home of the W Series, we are helping drive change in society. At the same time, we are strengthening our offer with another great racing series.”