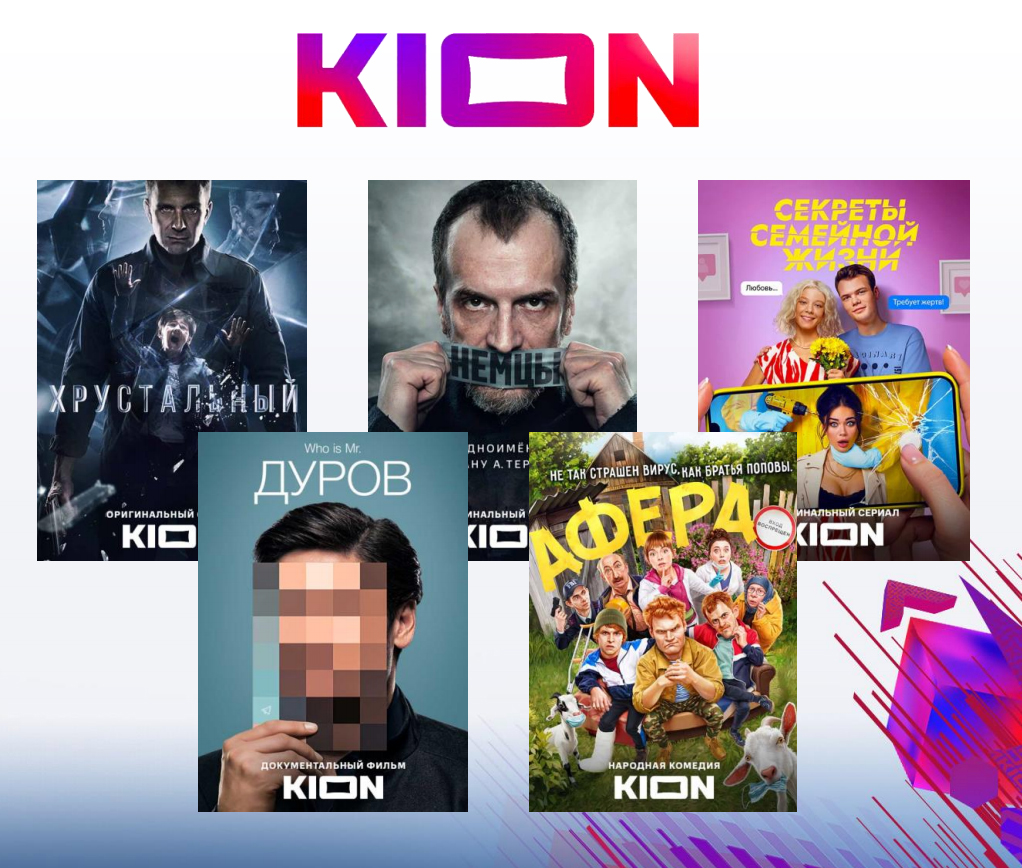 Russian service provider MTS has said it tripled the number of paying users of its OTT service in the year to March, with the total rising from one million to 2.9 million.

In April, following the end of the reporting period, MTS launched KION, a rebranded OTT streaming service for mobile devices and smart TVs that features thousands of films and hundreds of TV channels.

The platform will be the exclusive home for a slate of original MTS and partner content — KION Originals – including feature films, documentaries, and comedy and drama series. KION’s library will also be supplemented with content from MTS partner Channel One Russia, the country’s most-watched TV network.

MTS has also expanded the reach of its TV services since the end of the quarter. Also in April, the operator exercised a call option with Zelenaya Tochka Group, a provider of broadband and digital TV services, to buy out the remaining 49% of Zelenaya Tochka’s share capital in several local fixed-line network operators.

In February last year, MTS acquired a 51% stake in Zelenaya Tochka Group, which is comprised of 13 local fixed-line internet providers , via an agreement that included a provision for a three-year call option on the remaining share capital.

“Today, I’m happy to report that MTS is off to a strong start in 2021 having delivered a solid set of results in Q1. We achieved robust top-line performance across all of our four verticals — telecom, fintech, media, and cloud and digital solutions,” said Vyacheslav Nikolaev, president and CEO.

“Operationally, we continue to move at pace on our Customer Lifetime Value 2.0 strategy, expanding our product portfolio and driving penetration of bundled offerings throughout our subscriber base. Looking ahead, we see promising trends in 2021 – including rapid uptake in digital services as well as the easing of pandemic-related roaming headwinds – and we reaffirm our full-year guidance of more than 4% growth in both revenue and OIBDA as well as RUB100-110 bn in cash capex.”