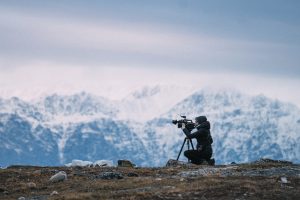 The channel, which premieres today on The Roku Channel, the home of free and premium TV on the Roku platform, will feature premium series and documentaries covering culture, entertainment, food, tech, sports and news from across Vice Media Group.

Vice said that its FAST channel marks the next growth milestone for the group in the AVOD sector, increasing the number of touch-points for audiences to consume its content.

Vice recorded 1.8 billion video views on its global YouTube network over the last year. The group last year also launched and then expanded a dedicated distribution business, which has sold over 200 hours of Vice content to Roku, which will air on The Roku Channel.

Kate Ward, President of Vice Studios said: “This is an important move into the high growth and evolving connected TV sector for VICE Media Group. As we continue to meet the increasing audience demand for our content, the channel will feature the best of VICE and unprecedented access to stories that others don’t tell. We’re delighted to be launching with The Roku Channel.”

“We’ve built an experience that gets viewers to the entertainment they want most quickly and easily,” said Ashley Hovey, director, AVOD Growth, Roku. “Live, compelling content continues to be of utmost importance to our customers and we’re thrilled to partner with VICE Media Group to bring their original programming to the millions of engaged viewers of The Roku Channel.”