German UHD adoption on the up 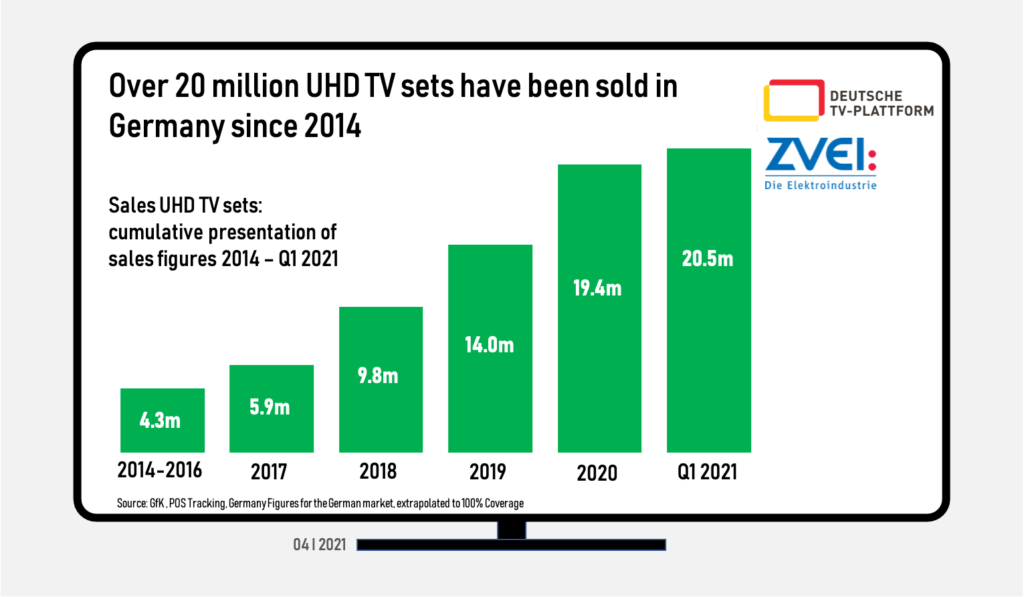 Adoption of UHD TVs in Germany continues to rise.

Overall, around 20.5 million ultra-high definition flat-screen TVs have been sold in Germany since 2014 until the end of March 2021.

The report notes that 97% of the UHD TVs sold in Q1 2021 support at least one High Dynamic Range (HDR) method while 77% of HDR displays are capable of dynamic HDR processes such as Dolby Vision or HDR10+ in addition to the static HDR standards HDR10 and HLG (Hybrid Log Gamma).

Carine Chardon, Managing Director of the Deutsche TV-Plattform and the ZVEI Consumer Electronics Association, said: “In the first quarter of 2021, two milestones were reached at the same time: Three out of four purchased televisions are UHD sets, and the sound barrier of a total of 20 million UHD displays sold in Germany was broken.

“As a result, more and more viewers are able to enjoy content in UHD HDR quality. For broadcasters and producers, this is a very good basis to continuously produce more series, movies, sporting events and live shows in UHD.”