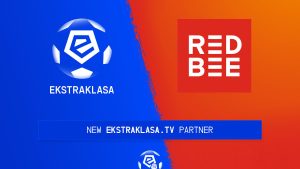 The evolution of Ekstraklasa.TV will kick off this season, with greater interactivity and personalisation, improvement of the user experience, and the launch of an advertising model. Future updates are intended to include the possibility to expand the platform with additional sports content and integration of Ekstraklasa.TV with cable networks.

“Media consumption, particularly of video content, including sports, is rapidly changing. The extent to which the pandemic affected social life also expedited this trend. So, we’re observing the growing market share of streaming platforms, a deepening of the multi-screen phenomenon, and a concurrent increase in popularity of short but exciting videos, especially among the youth. We are monitoring these changes and plan to take our OTT platform to the next level, providing the fans with Ekstraklasa.TV v.2.0 with new functionalities, and more brief, attractive, and information-rich video formats,” says Marcin Animucki, President of the Management Board at Ekstraklasa SA.

Animucki said that the last year had shown that international fans are eager to watch the Polish league. He said that in the future the platform would stream coverage of Fortuna 1 Liga andthe Polish top level women’s football league, the Ekstraliga, as well as other sports. Animucki said that there had already been initial talks with other leagues and this would be a focus over the bnext year.

Red Bee is one of approx. 30 foreign and domestic companies that submitted their bids within a multi-stage tender for the development of Ekstraklasa.TV, organized by Ekstraklasa.

Ekstraklasa.TV will be available in Polish via www and mobile apps on iOS and Android, as well as on multiple Smart TV platforms, starting with LG, Apple, Android and eventually Samsung.

“We are happy to be a part of the evolution of Ekstraklasa.TV and we look forward to contributing to its development, streaming top quality European football to international and Polish audiences through our OTT platform,” said Steve Nylund, CEO Red Bee Media. ”We can see a clear growth in direct-to-consumer propositions like this, where brands such as Ekstraklasa are making the most of the opportunity to connect with their fans, and monetize their content rights.”

The Ekstraklasa.TV website was launched in the summer of 2019, and now has approximately 200,000 registered users worldwide