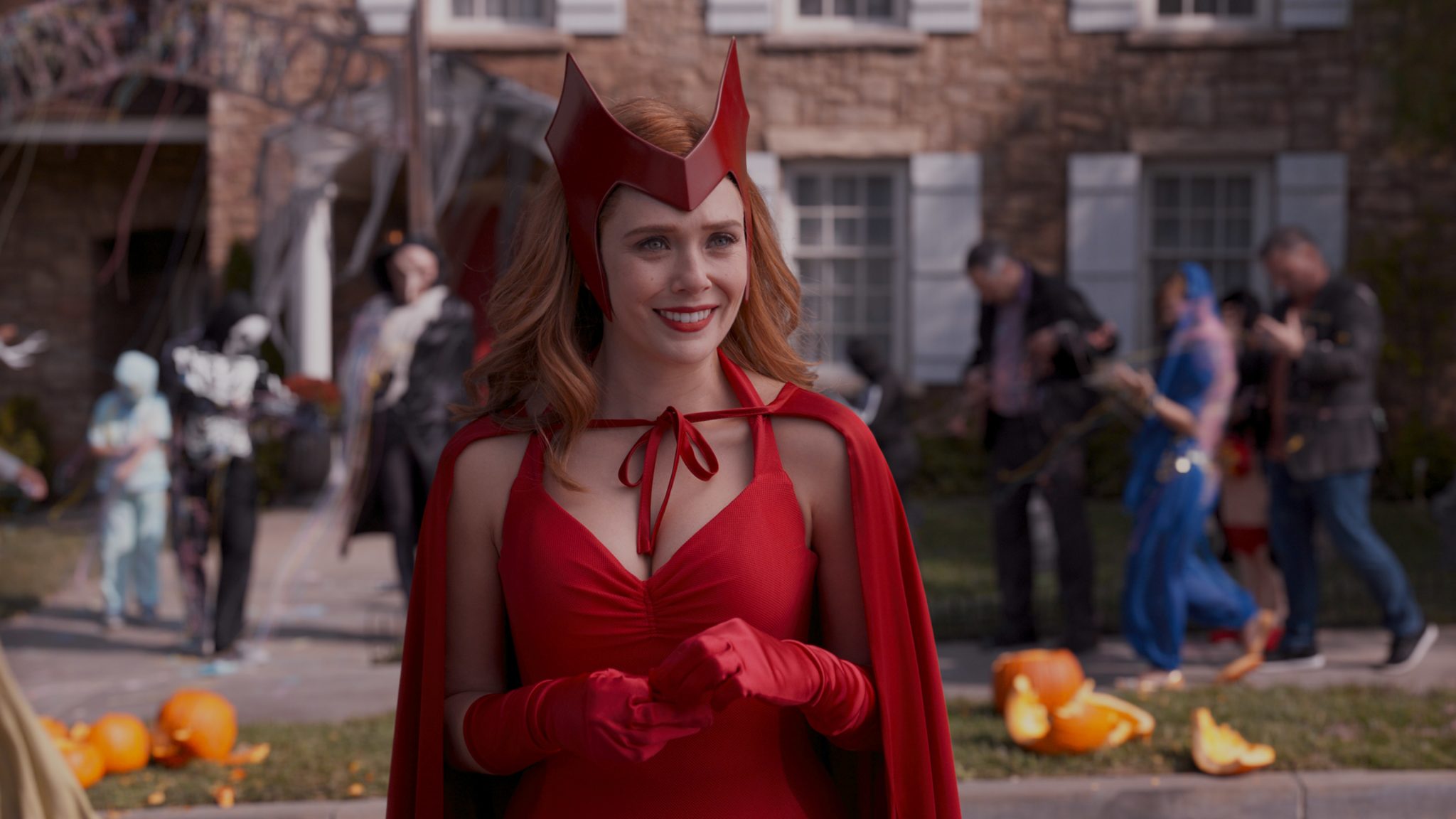 Disney+’s Marvel series WandaVision has dominated the zeitgeist of TV since its debut in January, and is the clear favourite in Parrot Analytics originals in-demand chart in Switzerland for the week ending February 21. 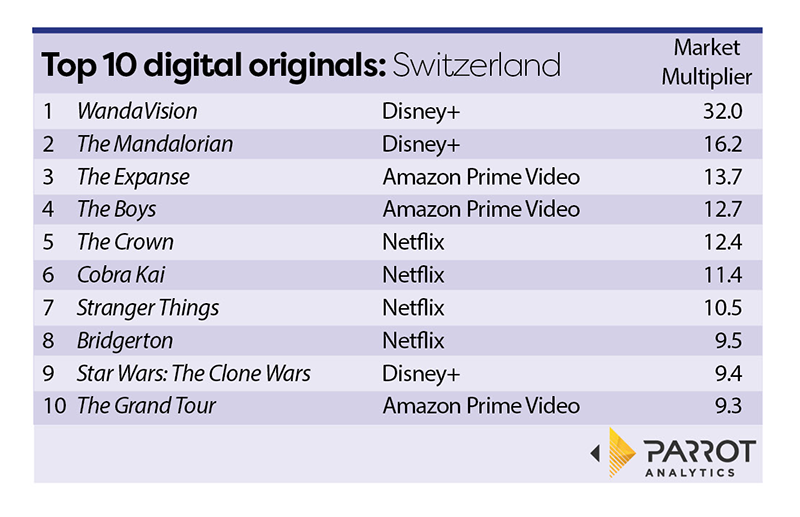 The chart is pretty equally split between Disney+, Netflix and Amazon Prime Video. Netflix had the most titles, taking up slots five-through-eight with regular names The Crown, Cobra Kai and Stranger Things along with newer favourite Bridgerton.