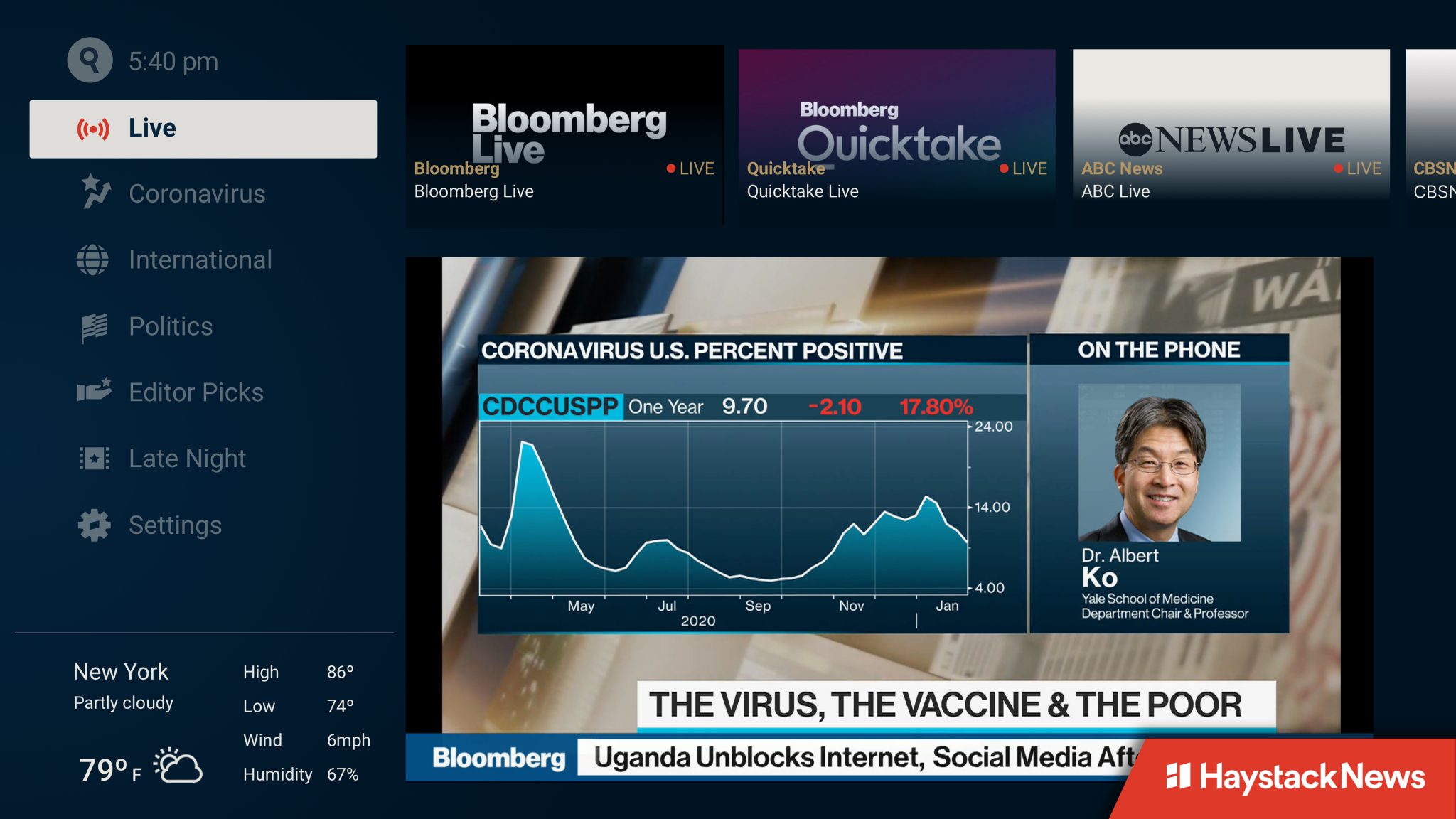 News AVOD Haystack News has expanded its channel portfolio in a deal with Bloomberg Media.

Haystack News now features 18 live streaming channels, with the two Bloomberg networks joining the likes of ABC News Live and CBSN, in addition to Al Jazeera, Euronews, Newsmax, Yahoo Finance and a portfolio of live local news broadcast stations across the US

Daniel Barreto, Co-Founder and CEO of Haystack TV, said: “Demand for news in the United States remains high and Haystack News leads by offering innovation, flexibility and choice. We are very pleased to expand Haystack’s long-standing partnership with Bloomberg Media by launching the flagship Bloomberg network and Bloomberg Quicktake. Our audience and watch-time growth continues to break records and the addition of Bloomberg’s high-quality, award-winning live business and global news further fortifies our content offerings.”