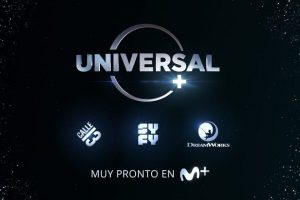 The US studio is launching linear channel DreamWorks for the first time in Spain on the Movistar+ platform, along with an associated on-demand offering that will also be available in the Universal+ offering and as part of the Movistar Junior app for kids from February 22.

Universal+ will launch on the platform on January 20. The service brings together boxsets of full seasons and series premieres and combines the catalogues of 13th Street (Calle 13) and Syfy.

Movistar+ customers will be able to stream first seasons of series including Resident Alien, Missions and Almost Paradise as well as the latest and previous seasons of shows such as Law and Order: Special Victims Unit, Magnum PI, Interrogation, Departure, Wyonna Earp and The Outpost.

“We are very happy with this new stage in our collaboration with Movistar, and our goal is to offer to our customers an outstanding experience, with the best content from our expanded channels offering. We are very excited by the launch in Spain of the DreamWorks channel, which brings together in one place award-winning series and popular characters that the whole family will enjoy. It will be available for the first time as part of Movistar,” said Lee Raferty, head of Europe, the Middle East and Africa at NBCUniversal International.

“In Movistar+ we work every day to improve the offering of our own and third-party content for our customers, and this agreement with NBCUniversal International Networks, one of the leading players in the global audiovisual industry confirms it. The arrival of Universal+ on January 20, the new on-demand offering of Calle 13 and Syfy, and the forthcoming launch of the new DreamWorks channel, with content aimed at the youngest viewers, reinforces our offering in a major way, growing it in diversity and quality, particularly in the video-on-demand service,” said Alex Martínez Roig, content director at Movistar+.