Spanish regional cable operator Euskaltel Group’s recently launched Virgin telco brand, which it uses to market services in Spain outside its home turf of the Basque Country, Asturias and Galicia, has now signed up over 58,000 customers after six months of operation. 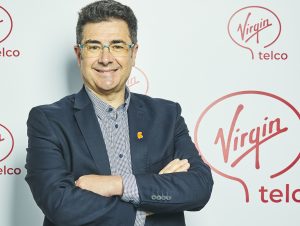 The total subscriber base includes 43,000 fixed and 15,000 mobile customers, with the fixed base running well ahead of the 35,000 target the company set for the end of this year when it launched.

The higher fixed take-up reflects the fact that the telco now covers close to 21.5 million homes, ahead of the 18 million envisaged in the original business plan. The homes passed include 3.2 million in Madrid and one million in Malaga, Seville and Alicante.

Zegona Communications, Euskaltel’s largest shareholder, which has been instrumental in setting its current strategy and characterised the latest numbers as “a huge success”, said that 72% of municipalities with over 50,000 inhabitants now had contracts with Virgin telco.

Euskaltel last week launched a new package, Netflix Fan, that includes access to Netflix and 10GB that the customer can use on any of his or her mobile lines.

Broadband customers will be able to access the range of entertainment content offered by Netflix from any device and location, alongside 10GB of data to be used on any of the customer’s Euskaltel mobile lines or by buying a new data SIM card.

José Miguel García, head of Virgin telco and CEO of the Euskaltel Group said: “In six months, we’ve seen how this project has grown extraordinarily and I am sure that as a result of the huge effort made by the entire team and the company’s unbeatable philosophy, Virgin telco has a very bright future in the Spanish telecommunications industry, which, as I always say, is one of the most developed in the world. This is just the beginning and we will continue striving to offer customers services that meet their needs in a transparent, straightforward and flexible way. Customers will continue to be at the heart of our business strategy. 2021 will be an extremely exciting year, full of new developments”.

Koldo Unanue, chief marketing officer for Virgin telco, said: “Virgin telco can lay claim to having understood the needs of current customers and has been the first and only telecommunications company to launch onto the domestic market at the height of the global pandemic. Although this might have seemed risky, the company continuously shows that it can go all the way and that its 100% customer-centred philosophy works. “