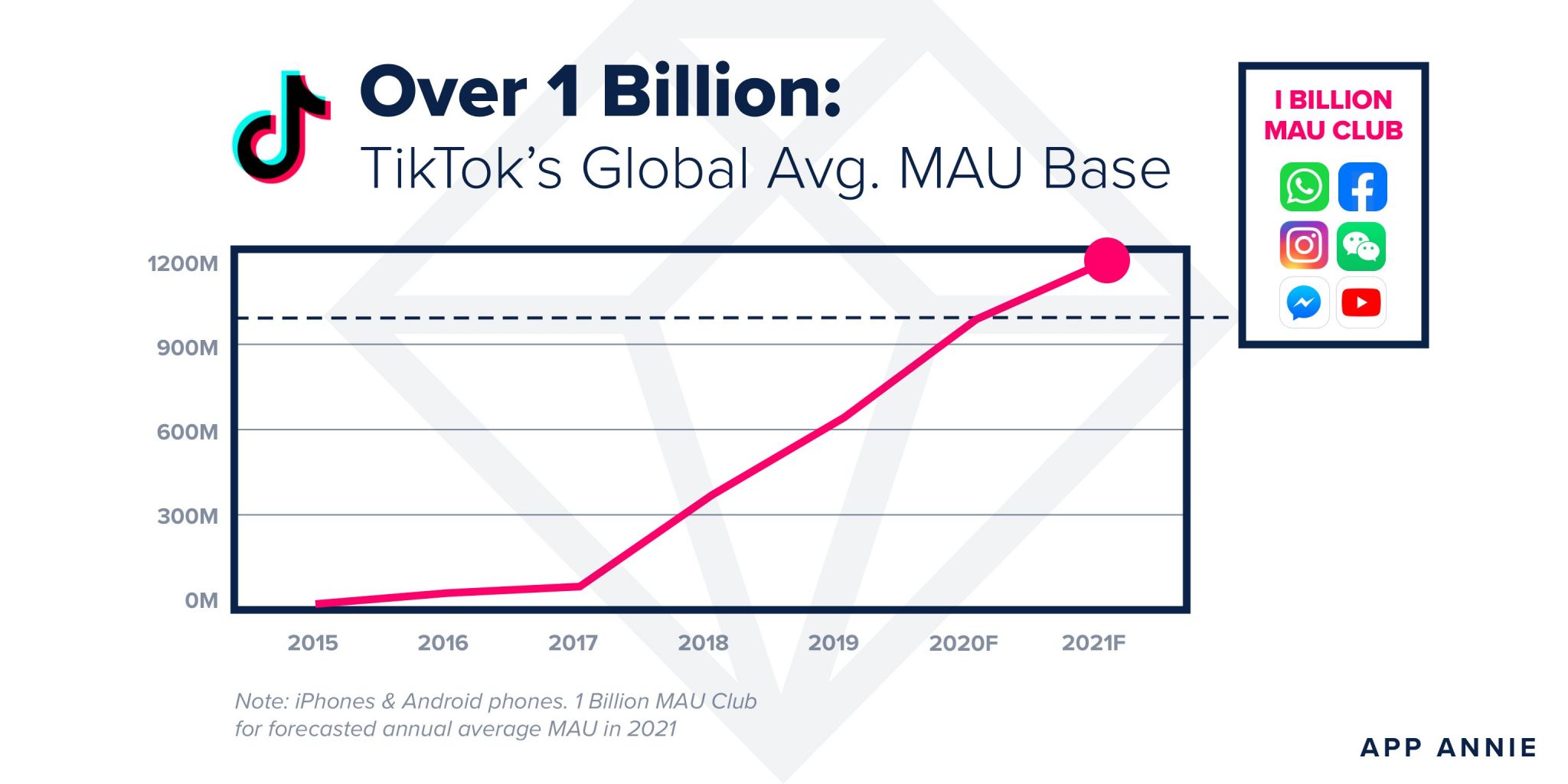 According to new figures from mobile service analyst App Annie, the ByteDance-owned short-form video app has tripled in size globally since 2018 and is expected to reach 1.2 billion monthly active users by 2021.

This would see the service join what App Annie calls the ‘1 billion monthly active users club’, joining the likes of Facebook’s services Facebook, Messenger, WhatsApp and Instagram, along with Google-owned YouTube and WeChat, which is also owned by TikTok’s parent company ByteDance.

Despite these social media platforms having massive userbases, research author Lexi Sydow notes that they do not break into the charts in terms of consumer spend. TikTok however is more likely to break into that group because it “allows users to transact in the app through sales of virtual gifts used for tipping streamers” in addition to the typical ad sales.

Sydow also says that part of TikTok’s success is due to the combination of “user-generated content, short looping videos and robust video editing tools,” and that the service “represents a powerful opportunity for businesses to engage with a large global base of invested consumers.”

Elsewhere, TikTok has filed a petition in a US Court of Appeals over actions of the Trump Administration.

The Committee on Foreign Investment in the United States (CFIUS) set a November 12 deadline for ByteDance to divest its US operations following a threatened ban by the president, but TikTok says that it has not heard from the committee in weeks.

TikTok previously referred to the ban as an election stunt designed to feed into the Trump campaign’s anti-China rhetoric, but told The Verge that it “has actively engaged with CFIUS in good faith to address its national security concerns, even as we disagree with its assessment.”

The company had agreed to sell part of its business off in a deal involving Oracle and Walmart, but this is yet to be approved by the Chinese government.