NENT and Elisa to debut joint streaming platform on December 3 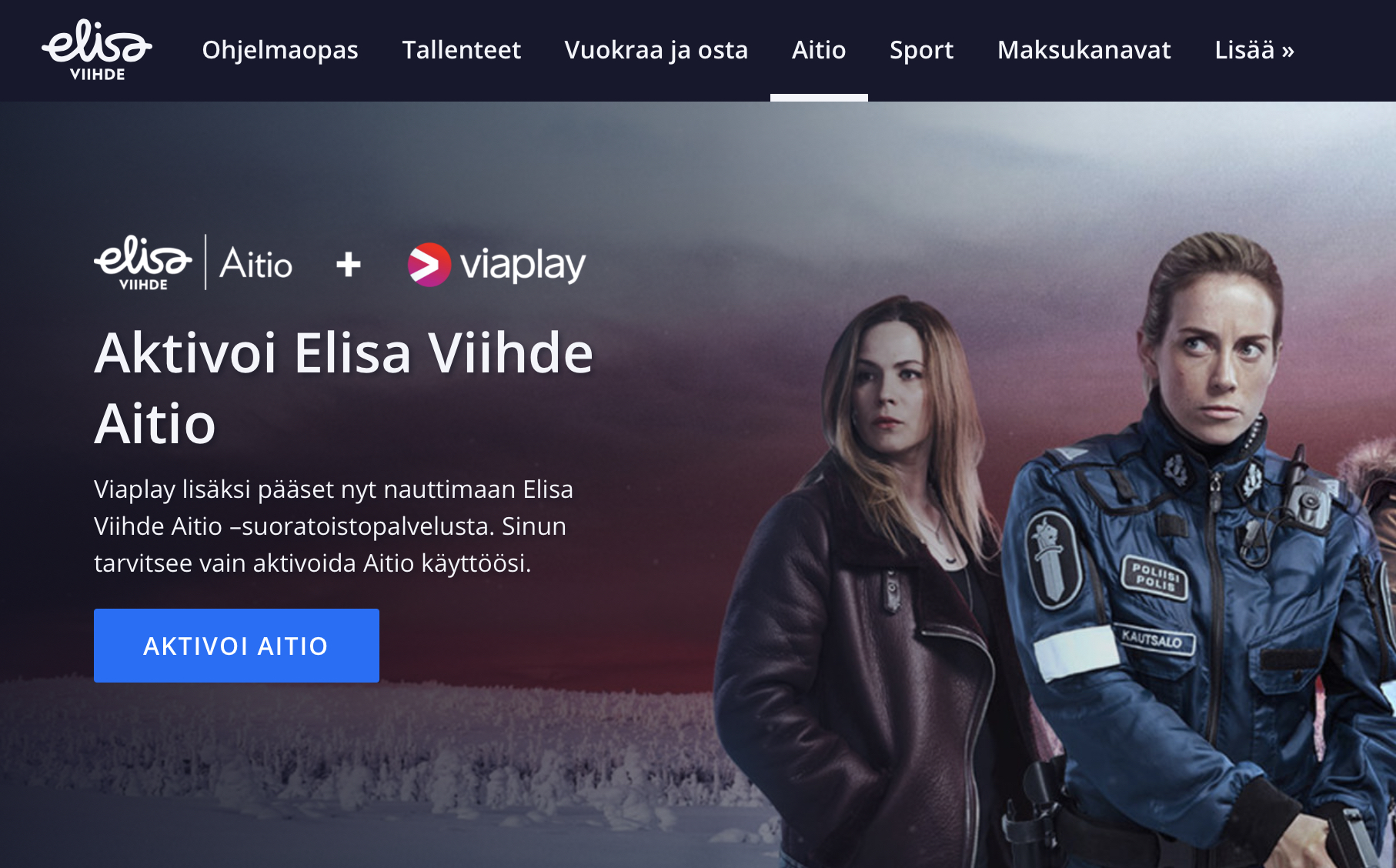 The launch follows the announcement of a deal between the pair in June to bring together Viaplay’s original Nordic productions, Hollywood films and series, and high kids content with Elisa Viihde Aitio’s original series and selection of Finnish films.

NENT Group will be responsible for Elisa Viihde Viaplay’s technology and analytics, while Elisa will handle sales, marketing and customer support. Both parties will continue to invest in content for the service.

Alongside the combined service, an Elisa Viihde Viaplay Total package priced at €34.99 per month will offer Viaplay’s premium sports content such as the Premier League, Bundesliga, NHL and KHL. NENT Group holds full ownership of all Viaplay sports content and remains responsible for all related sports marketing and production activities in Finland.

NENT Group released its first Finnish original, Cold Courage, in May 2020 and is set to premiere at least 40 Nordic and international original productions during 2021. Elisa is one of the largest producers of Finnish drama with 20 original series premiered to date, including Arctic Circle.

Kim Poder, NENT group chief commercial officer said: “This partnership is all about taking streaming in Finland to the next level. We see considerable growth potential in Finland and will continue investing in content for the Finnish market. Bringing Elisa Viihde Viaplay to Finnish viewers together with Elisa will help us realise our ambitions even faster.”

Ani Korpela, content director, Elisa Viihde, said: “Our original series are hugely popular and thanks to Elisa Viihde Viaplay they will be finding new audiences. We will continue to focus strongly on quality domestic drama and comedy as well as Finnish movies. Moreover, it is great soon to be able to offer our customers Viaplay’s leading Nordic drama content, international movies and series, and kids content.”

NENT Group released its first Finnish original, ‘Cold Courage’, in May 2020 and is set to premiere at least 40 Nordic and international original productions during 2021. The company offers a wide selection of international films, series and kids content through long-term relationships with major Hollywood, independent and in-house studios.