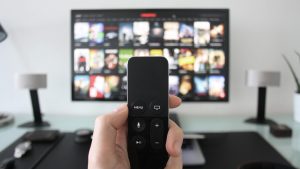 The new G-Core Labs platform is a turnkey solution for live video and VOD streaming in up to 4K quality. It promises a delay of up to 4 seconds and a capacity to broadcast to an audience of upwards of 100 million viewers. It also has support for multiple ad modes and an Anti Adblock function, along with 360° and 3D video formats.

G-Core Labs said that the platform uses WebRTC tech to help operators and broadcasters to launch an OTT TV channel quickly via personal account or API without the need for transcoding servers, CDNs or broadcasting engineers.

The company added that a key feature of the platform is integration with its own CDN, which it says has been called the “fastest and most powerful in the world” by the Guinness World Records. G-Core Labs has been developing its network infrastructure for almost a decade and has 100 points of presence in 65 cities around the world.

“We know it’s not easy to find a reliable vendor. And it takes even more time and effort to find several vendors and make them work together to achieve a certain goal. Therefore, a multifunctional streaming platform based on a powerful CDN is a great find for any customer.”