Apple will extend the one-year free trial of its premium streaming service Apple TV+ through to February 2021. 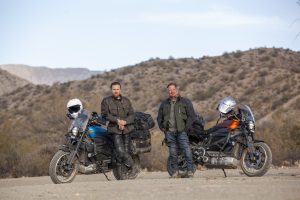 The iPhone maker first unveiled the SVOD in September 2019, announcing it with a US$4.99 per month price point and offering a one-year free trial to anyone who bought a new Apple device. With a significant number of these subscriptions set to end in the next month, many had feared many subscribers would drop off in light of the current economic situation.

Reports first emerged in August that Apple was considering extending this trial, and now 9to5Mac has reported that Apple will be extending all Apple TV+ trials started between November-January through to February, with users on monthly plans during this period given store credit.

The report adds that the extension will be automatically applied, with an email to be sent to users informing them of the bonus offer in the coming days.

While Apple is yet to announce individual subscriber numbers within its services segment, the section of the company is emerging as one of its most important and will likely be bolstered by the launch of the Apple One subscription bundle in the coming weeks.

While Apple Music has emerged as a serious competitor to Spotify, Apple TV+ is in a much more saturated market and has arguably struggled to find a niche for itself in the public consciousness, in spite of positive critical responses to many shows like Ted Lasso, Defending Jacob, and the Emmy-winning The Morning Show.