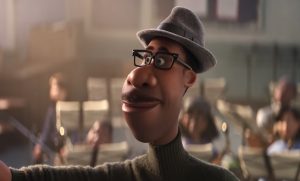 Disney has announced that Soul, the highly anticipated animated movie from Pixar, will move directly to Disney+ in a further blow to cinemas.

While not the industry-shaking news of the latest Bond film’s delay, the move to skip cinemas for the Jamie Foxx-starring Soul comes at a time when cinemas are struggling to remain open due to a lack of content.

With Soul, Disney appears to be avoiding much of the controversy it caused with Mulan – the live action remake which it made available to Disney+ subscribers at an additional US$29.99 cost. While Mulan was estimated to have generated over US$250 million in sales in the US alone, this decision – combined with a number of other controversies including comments made by its star actor and the decision to film in the same province where China has forced millions of Uighur Muslims into internment camps – caused “a lot of problems” for Disney. The film has since been opened up to other TVOD platforms, but the damage was already done.

In order to avoid further controversy, Soul – initially slated for June prior to the Covid-19 pandemic and then pushed back to November – will debut on Disney+ on Christmas day, December 25.

The company added that the film would subsequently be released in cinemas “in international markets where Disney+ isn’t currently or soon to be available.”

Disney CEO Bob Chapek said: “We are thrilled to share Pixar’s spectacular and moving Soul with audiences direct to Disney+ in December. A new original Pixar film is always a special occasion, and this truly heartwarming and humorous story about human connection and finding one’s place in the world will be a treat for families to enjoy together this holiday season.”

Film director and Pixar chief creative officer Pete Docter added that he hopes Soul “will bring some humor and fun to people at a time when everyone can surely use that.”

Disney will hope that Soul can replicate the success of Hamilton, the breakout Broadway musical which was also initially set for a theatrical release before being moved to Disney+ almost 18 months ahead of schedule. The film proved to be one of the most popular titles on the SVOD, and Chapek told staff that it attracted a “different target audience, a different demographic than what we normally get.