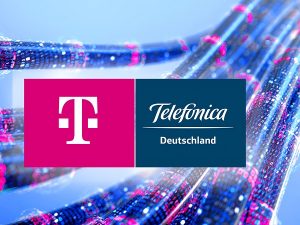 Deutsche Telekom and Telefónica Deutschland/O2 have announced a 10-year extension to their fixed line network collaboration in Germany.

This is an extension to a deal which was first agreed in 2013, and will give O2 customers in Germany access to speeds of up to 1 Gbps.

Deutsche Telekom currently reaches 33 million households in Germany via VDSL, but only 1.8 million households are equipped with fibre-optic lines. Both parties will submit the contract to the Federal Network Agency over the coming days.

Deutsche Telekom CEO Dirk Wössner said: “This is a pioneering deal for the buildout of the fiber-optic infrastructure in Germany for the next decade, based on a voluntary commercial agreement between two large market players from which many people and companies in Germany will benefit.

“Deutsche Telekom stands for open networks and cooperations. And we are emphasizing this with this wide-reaching cooperation agreement. This contract will secure the utilisation of our broadband network. And we will receive financial resources that we will re-invest in our networks.”

Markus Haas, CEO of Telefónica Germany/O2, said: “The long-term cooperation with Deutsche Telekom gives us planning security. In future, we will be able to offer our O2 customers access to the fiber optic network, especially in large cities. On this basis we can offer our customers first-class convergent products.”

Deutsche Telekom’s Wössner added that the company would like to come to similar agreements with other operators in Germany with a view to expanding FTTH access.

This collaborative focus from Deutsche Telekom is contrasted against the efforts of Vodafone, which is similarly building out its fibre network. In July, Vodafone said that it was ahead of schedule to deliver gigabit internet to 25 million German homes by 2021, having surpassed 21 million houses.